You are using an outdated browser. Please upgrade your browser to improve your experience.
Security
by Brent Dirks
February 19, 2016

Apple’s fight against the FBI’s request to unlock a terrorist’s iPhone has taken a new turn. According to CNBC, the Department of Justice has just filed a motion to compel Apple to obey the judge’s order.

The Justice Department filed a motion Friday to compel Apple to assist investigators in accessing data on the Apple iPhone used by Syed Rizwan Farook, one of the shooters in the 2015 attack, which left 14 people dead. The phone is owned by Farook’s former employer, the San Bernardino County Department of Public Health.The department has agreed to allow investigators to search the device.

According to The New York Times, the FBI has indicated that Apple is more concerned about marketing than legal reasoning:

It said that Apple’s refusal to help unlock the phone for the F.B.I. “appears to be based on its concern for its business model and public brand marketing strategy,” rather than a legal rationale.

The saga began earlier this week when a magistrate for the United States District Court for the Central District of California issued an order compelling Apple to “assist in enabling the search of cellular telephone, Apple make: iPhone 5C.” Apple is ordered to provide “reasonble technical assistance to assist law enforcement agents in obtaining access to the data” on the handset.

Apple CEO Tim Cook authored a public letter on the company’s site saying the order “has implications far beyond the legal case at hand.”

A number of other tech company executives have voiced their support for Apple. 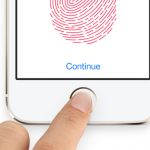 Apple apologizes and releases fix for iPhones bricked by Error 53
Nothing found :(
Try something else