You are using an outdated browser. Please upgrade your browser to improve your experience.
Security
by Joe White
February 9, 2016

Norwegian police have made an interesting decision in a currently-ongoing case. According to a recent report, police in Norway will force a 27-year-old man to unlock his iPhone using Touch ID in order to secure evidence for their case.

‘Put your finger on the Home button’

This is an interesting one. As MacRumors explains, the man involved has made some admissions, but so far police have yet to find out where he obtained the drugs he is accused of possessing. So far in the case the man has apparently refused to unlock his iPhone handset, and police believe it contains the evidence they need in order to move forward with their investigation.

As such, the Nordhordland District Court is allowing Norwegian police to force the man’s thumb against his iPhone’s Home button in order to unlock it using Touch ID. Though, as MacRumors goes on to explain, the process of doing so could prove surprising for all the wrong reasons:

It remains unclear if Norwegian police are aware that Touch ID requires a passcode as supplemental verification after 48 hours of disuse, a restart, or three failed fingerprint entry attempts. The accused was arrested on January 25, so it may be impossible for authorities to unlock his iPhone with Touch ID without taking additional measures.

The situation could rapidly become problematic for police who only have legal permission to take the accused’s fingerprint.

It’s definitely an interesting situation, and it’s one we could see repeated (and to greater extremes) as bio-authentication becomes even more common among consumer electronics like the iPhone and iPad. Though in this case, police would be wise to solicit the user’s good old fashioned passcode, too, in order to secure entry to the iPhone without a hitch. 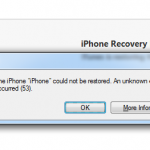 What’s wrong with Apple’s Touch ID?
Nothing found :(
Try something else