You are using an outdated browser. Please upgrade your browser to improve your experience.
iDevices
by Jeff Byrnes
February 10, 2016

There’s a legislative war brewing among politicians, and your iPhone is at the heart of it. Two states, California and New York, have proposed bills that would ban smartphone encryption unless the manufacturer maintained a back door into the devices. Now the fight has arrived at Capitol Hill, where a bipartisan bill has been introduced that would override those legislative endeavors.

The legislation, introduced by U.S. Reps. Ted Lieu, D-CA, and Blake Farenthold, R-Texas is called the Encrypt Act of 2016, short for Ensuring National Constitutional Rights of Your Private Telecommunications. What it would do, in a nutshell, is preempt state and local government encryption laws. It would make such encryption a federal mandate, which still leaves open the possibility of new national-level laws requiring back doors.

Lieu explained part of the reasoning behind the bill to Reuters in an interview.

It is completely technologically unworkable for individual states to mandate different encryption standards in consumer products. Apple can’t make a different smartphone for California and New York and the rest of the country.

A technology and civil liberties policy analyst, Ryan Hagemann, acknowledges that the ongoing state efforts to ban smartphone encryption set a dangerous precedent and that the Encrypt Act won’t end the war. In an email to The Intercept, the analyst said:

The ENCRYPT Act won’t put a nail in the coffin of the ongoing encryption debate, but it will help forestall some of the bad legislation we see coming out of states like California and New York. Adding to the complexity of this debate by permitting a schizophrenic patchwork of legal regimes at the state level is not a good policy prescription.

Here’s what troubles me with the introduction of the Encrypt Act, even though I think it’s a step in the right direction. The argument isn’t that government snooping on our smartphones is wrong, but that varying state laws would make things too complicated.

Perhaps that’s just the nature of politics in an era when law enforcement officials are frustrated by not being able to access the contents of a smartphone, but a part of me wishes that someone would just step up to the podium and say, “Personal telecommunications privacy is a right worth protecting,” rather than focusing on the inconvenience for manufacturers to need to sell different products in various states. 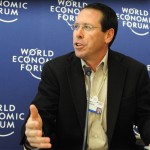 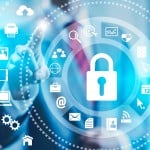 The iPhone could be banned in California in 2017
Nothing found :(
Try something else