You are using an outdated browser. Please upgrade your browser to improve your experience.
tvOS App Store
by Brent Dirks
February 17, 2016

The tvOS App Store is getting even better. Apple announced today that developers can now add preview videos to their apps listed on the streaming video device’s store:

Showcase your tvOS app in action by bringing its features and functionality alive with a short video on the App Store for Apple TV. By providing an app preview, you can help customers better understand your app and encourage more downloads.

The feature is similar to the video previews in the iOS App Store first introduced with iOS 8 in 2014. Each video can be between 15 and 30 seconds long. It will appear on the app’s main page along with the screenshots.

Developers can record video of their app by using a USB-C to USB cable to connect to the box and using QuickTime to capture the action on a Mac. Apple has more on how to capture app footage here.

Since being officially unveiled back in October, Apple has continued to make improvements to the overall tvOS App Store experience by adding top charts and a number of new categories. You can now also see if an iOS app is also available on the Apple TV.

And tvOS 9.2, which is currently in beta testing, also features a number of new features. Along with dictation support using Siri, the new software will bring Bluetooth keyboard support, true app folders, and more.

That software should officially arrive to the public soon. 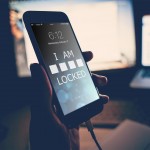 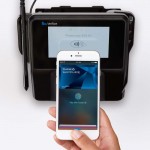 Apple Pay will officially arrive in China this week on Thursday, Feb. 18
Nothing found :(
Try something else