You are using an outdated browser. Please upgrade your browser to improve your experience.
Pocket Gaming
by Jeff Byrnes
February 24, 2016

Have you ever wanted to slingshot your way around a race track, using just your momentum to carry you along? That’s the name of the game in Slingshot Rush, recently arrived on the App Store. In this game, you swing your character around a track using a series of slingshots.

Simple to learn, but difficult to master

The aim of the game is to make it as far around the track as you can without crashing into a wall. The game uses simple one-touch controls, but it’s challenging to master. This game is challenging, because your slingshotting character moves faster and faster as you progress around the track. You use the slingshots to work your way around the track, collecting diamonds along the way. Get enough diamonds, and you can unlock cool new characters to play with.

You can play against others from around the world in Boombit’s multiplayer mode. Or, join your iOS devices and a fourth-generation Apple TV. That’s a recipe for some serious living room fun, since Slingshot Rush is available for both iOS and tvOS.

Slingshot Rush is designed for iPhone, iPad, iPod touch, and Apple TV, and requires iOS 7 or later. The game is a free download on the App Store, but uses both in-app purchases and advertisements. Check out the gameplay below, or click here if the video fails to load. 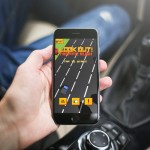 When you're driving the wrong way, you have to Look Out! 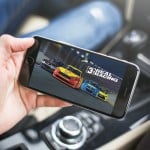 Real Racing 3 updated with Daytona Experience and Apple TV integration
Nothing found :(
Try something else