You are using an outdated browser. Please upgrade your browser to improve your experience.
iDevices
by Brent Dirks
February 25, 2016

The rumored “iPad Air 3″ will actually be sporting a different name when introduced at a special media event on Tuesday, March 15. According to a new report from 9to5Mac, the tablet will be a smaller version of the iPad Pro with a 9.7-inch screen.

The smaller iPad Pro will have nearly identical features and specifications as the bigger model, bringing along the A9X processor and RAM upgrades from the 12.9-inch model. It will also include the 12.9-inch model’s updated display technology to support the Apple Pencil.

We previously reported that the new 9.7-inch iPad model will include a Smart Connector, and now we have learned that Apple is preparing a smaller version of its Smart Keyboard cover attachment for the new model, and it likely will be ready for March. Like the 12.9-inch models, quad stereo speakers will be part of the hardware. The 9.7-inch iPad Pro is also expected to come in the same colors and storage capacities as the larger iPad Pro, but the pricing will be closer in line with the iPad Air models it will succeed.

While the name change is interesting, it’s not exactly a huge surprise. Earlier this month, I stated that the tablet was shaping up to be a mini version of the iPad Pro.

Apple is also expected to unveil the “iPhone 5se” at the event. According to other reports, the new 4-inch iPhone will apparently offer support for Apple Pay and Live Photos and sport the same A9 and M9 chips found in the iPhone 6s and iPhone 6s Plus. That means users will be able to activate the always-on Siri.

We should also see a number of new band options for the Apple Watch unveiled at the event. 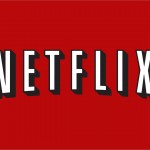