You are using an outdated browser. Please upgrade your browser to improve your experience.
App Bargain Bin
by Tyler Tschida
July 8, 2016

Super Lemonade Factory Part Two is bigger and better than the original in every way, and that’s saying something! Once again, you’re put in control of Andre and his wife Liselot. This time around, however, you must help them escape from the chaos that has descended upon Sydney. Both Andre and Liselot have their own unique abilities, and you can switch between the two in order to solve puzzles and successfully reach the end of each level.

Super Lemonade Factory Part Two is available for free for a limited time. It has a 4-star rating with a total of 10 ratings.

It’s almost difficult not to appreciate the effort and attention to detail put into Super Lemonade Factory. Take control of Andre and his wife Liselot as they journey through the lemonade factory they are set to inherit. To make your way to each exit in the factory, you’ll need to switch between the two characters since each one has their own unique abilities. The game includes a unique storyline, 72 levels, the ability to create your own levels, retro pixel art, a chiptune soundtrack, and achievements via Game Center.

Super Lemonade Factory is available for free for a limited time. It has a 4-star rating with a total of 139 ratings.

Sago Mini Monsters allows your child’s creative side to shine. They get to start off by painting the face of a colorful monster. It will then grow horns, eyes, and a mouth. Just tap and drag each piece to switch it out with another. The monster can be fed with the food that floats to the top of the goo from which it came. Once the monster has had its fill it will need its teeth brushed. Other objects will also randomly float to the top of the goo, which can be applied to the monster before it gets its photo taken.

Sago Mini Monsters is available for free for a limited time. It has a 4.5-star rating with a total of 396 ratings.

100 Binaural Beats and Isochronic Tones! | AmbiScience™ ($1.99 → Free, 210.4 MB): Attune your brain to different states of mind by listening to binaural and isochronic tones with this health app. It’s the ideal app for those who need help sleeping or simply relaxing.

It includes 13 long ambient tracks, 100 binaural and isochronic tones, 10 nature loops, and three noise tracks. It also includes a full set of instructions, background audio support, the ability to create your own custom programs, repeating alarms, and a countdown timer.

100 Binaural Beats and Isochronic Tones! | AmbiScience™ is available for free for a limited time. It has a 3.5-star rating with a total of 7 ratings.

The world has turned into a chaotic mess filled with vampires, ghosts, demons, aliens, and other abominations. But it’s okay, because you’ve been preparing for this moment your whole life. Grab your favorite weapon and give the ghastly creatures all you have. As you take the fight through three different locations you’ll earn in-game cash and experience points, which can be used to upgrade your arsenal and your abilities. The game includes four characters, 20 weapons, and more than 10 enemy types.

Paranormal Minis is available for free for a limited time. It has a 3-star rating with a total of 22 ratings.

Today only: Unlock everything free of charge! Simply tap the “Unlock” button on the main screen, and enter the provided passcode to confirm your action. All current and future puzzles will be available to you and your child free of charge.

Each scene features cork board cutouts. Your child must drag and drop the pieces from the top right corner of the screen into the scene to fill them in. As your child works their way through each scene, new cutouts and pieces will appear. The app includes adorable characters and sounds, and nine scenes.

Princess Games Activity Puzzle and Fairy Tale Puzzles for Kids, Girls, and Little Fairies Free is available for free for a limited time. It has a 4.5-star rating with a total of 54 ratings. 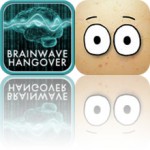 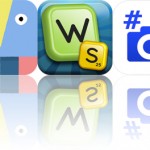