You are using an outdated browser. Please upgrade your browser to improve your experience.
App Bargain Bin
by Tyler Tschida
September 15, 2016

Slide blocks into their target zones, unleash your inner Banksy, and battle space fighters with today’s collection of apps and games.

Wo.Audio – Relax,Sleep,Hypnosis ($1.99 → Free, 175.7 MB): Block out the world and fall fast asleep with Wo.Audio. It’s great for those who prefer everyday sounds over ambient noise.

You’re able to select from 35 nature sounds and more than 20 different musical instruments. There are also 18 different combinations to choose from. Then just set the timer and fall fast asleep. Combinations of sounds can be created as well, and you’re able to adjust the audio levels of each one to have them stick out above the rest.

Wo.Audio – Relax,Sleep,Hypnosis is available for free for a limited time. It has a 5-star rating with a total of 151 ratings.

Blicke’s casual approach may make it seem easy at first, but it’s nothing of the sort. The goal is to get each colored block into its matching target zone with a swipe. Blocks only stop sliding when they run into a wall or another block. You’ll have to utilize both walls and other blocks in order to achieve your goal. The game includes 84 handmade levels to complete.

Blicke is available for free for a limited time. It has a 5-star rating with a total of 6 ratings.

Turn any one of your photos into wall graffiti with this photo effects app. You can choose a photo from your library or take a new one within the app. Then just pick a paint color and watch as your new artsy image shows up on the wall. The app includes four wall options, a wide variety of shapes to utilize, 10 fonts to choose from, and loads of color options.

Fotoffiti – turn photos into graffiti is available for free for a limited time. It has a 4-star rating with a total of 200 ratings.

Kamisado ($2.99 → Free, 86.1 MB): Compete with friends and complete strangers in this board game where every move is magnified. Kamisado is for fans of games like Chess.

The object of the game is to move one of your towers into the opponent’s home row. How you accomplish that, however, is up to you. On the first move you can select any tower you wish and move it in a straight line or diagonally forward. Every turn after that requires players to move towers that have the same color as the square the last turn ended on. For example, if your opponent’s tower lands on a pink square at the end of their turn, you must move your pink tower on your next turn. The game includes local and online multiplayer, and AI opponents with five difficult levels.

Kamisado is available for free for a limited time. It has a 4.5-star rating with a total of 7 ratings.

Star Trek Timelines takes you boldly where no game has gone before. It highlights the entire history of Star Trek, allowing you to assemble your own crew from hundreds of classic characters from The Next Generation, Deep Space Nine, Voyager, and Enterprise. As the captain of iconic ships like the USS Enterprise, Voyager, and the Borg Cube, you’ll be tasked with engaging enemies, gaining influence among factions, and combing planets for vital resources. The fate of the galaxy is in your hands.

Four: The Space Fight ($0.99 → Free, 11.7 MB): A colorful space shooter than can be played with up to four players on the same iPad. It’s a great way to bring friends together.

You’re able to control your spaceship via an on-screen joystick and fire its two weapons via a single button on the right. In career mode, your job is to complete objectives to move on to the next level. In all other modes, your job is to wipe out your opponent. The game includes four spaceships to choose from, and achievements and leaderboards via Game Center.

Four: The Space Fight is available for free for a limited time. It has a 5-star rating with a total of 13 ratings. 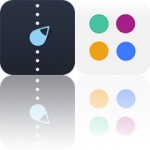 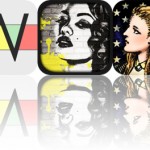