You are using an outdated browser. Please upgrade your browser to improve your experience.
App Bargain Bin
by Tyler Tschida
September 17, 2016

Explore the physics of the Universe, defend tiny cities, and view every Newbery Winner with today’s collection of apps and games.

The Newbery App ($1.99 → Free, 22.0 MB): View every Newbery Winner and Honor book with this reference app. It’s for parents, teachers, and children.

The Newbery Award is given to the author of the most distinguished contribution to American literature for children. The award has been handed out every year since 1922. The Newbery App not only contains every single winner but also the runner-ups. You’re able to browse through every Newbery Winner and Newbery Honor book by year or by title. You’re also able to keep track of those that have been read. The Newberry App includes two quiz games as well.

The Newbery App is available for free for a limited time. It has a 3.5-star rating with a total of 11 ratings.

UNIVERSE SIMULATOR ($1.99 → Free, 204.0 MB): Explore the physics of the Universe with Universe Simulator. It’s not just an educational tool.

Universe Simulator provides you with a digital recreation of our Solar System that’s built to scale. Planets orbit the Sun at their real life distance and velocity. Universe Simulator’s accurate planet mass, density, and volume allow you to play with gravity and see exactly what would happen as a result. Planets will collide and absorb each other, creating new objects with different volumes. You’re also able to travel through time and watch the Universe unfold.

UNIVERSE SIMULATOR is available for free for a limited time. It has a 4.5-star rating with a total of 16 ratings.

Deflecto is Missile Command for the mobile generation. The clouds above the city send objects raining down, threatening the civilization. It’s up to you to fling them back towards the clouds and eventually destroy them. The more clouds you destroy, the faster they will become. Try to avoid deflecting important power-ups because they will be lost forever. The game includes nine levels.

Deflecto is available for free for a limited time. It has a 5-star rating with a total of 19 ratings.

WikiLinks — Smart Wikipedia Reader ($3.99 → Free, 34.2 MB): See everything Wikipedia has to offer with WikiLinks. It’s the perfect reference app for anyone with an appetite for discovery.

WikiLinks allows you to start off with an idea and branch out from there with its exclusive mind-map navigation system. Each search suggests different paths to take and allows you to retrace your steps at any time. Instead of jumping back and forth between searches and articles, tap and hold your finger on any link to get a quick preview. WikiLinks is loaded with other great features as well, including fullscreen image browsing, suggested YouTube videos, offline viewing, and iCloud support.

WikiLinks — Smart Wikipedia Reader is available for free for a limited time. It has a 5-star rating with a total of 182 ratings.

Students are able to join the amazing Baindo on his magical math adventure. Numbers will float up into the screen, and students will need to combine them in different ways in order to create the target numbers before time expires. After each round they’ll be graded on their performance. The game includes two modes, and the ability to reset results.

Magical Mental Math is available for free for a limited time. It has a 4.5-star rating with a total of 7 ratings. 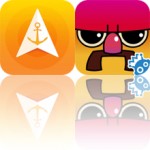 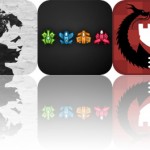