You are using an outdated browser. Please upgrade your browser to improve your experience.
App Bargain Bin
by Tyler Tschida
May 16, 2017

Turn your photos into works of art, score a goal using crazy physics, and match antonyms with today’s collection of apps and games.

Antonym Match is like every other memory matching game you’ve played before, but with a little twist. Instead of matching images, you’re required to match pairs of antonyms. Games can be played with up to four separate players locally. You’re also able to choose from four different board sizes and three difficulty levels.

Antonym Match is available for free for a limited time. It has a 4.5-star rating with a total of 17 ratings.

Paintkeep – Turn Photo into Painting ($2.99 → Free, 29.7 MB): Turn your photos into works of art with Paintkeep. Those who want to transform their photos.

The app includes seven watercolor filter presets that can be applied to any photo in your library. The presets are fully customizable, allowing more control over the finished product. After a you’ve applied a filter you can compare your newly transformed photo against the original by tapping on it. The app also includes 23 border options to choose from, and the ability to add a signature to your work.

Paintkeep – Turn Photo into Painting is available for free for a limited time. It has a 4.5-star rating with a total of 56 ratings.

Mole Hammers ($0.99 → Free, 43.1 MB): A head-to-head multiplayer game that has you whacking moles with hammers. Kids and even adults looking to compete against their friends.

Developer Otto Ojala has mastered the art of one button games, and this one is no exception. You and your opponent are armed with hammers, and you must compete in whacking moles of different sizes as they pop out of the hole in the middle of the screen. The first player to hit the mole scores the points, but the bigger moles will require multiple hits, allowing you to rack up even more points. You can also score combo points by consecutively whacking moles. Just watch out for those pink bunnies. They will cost you points if hit.

Mole Hammers is available for free for a limited time. It has a 4.5-star rating with a total of 59 ratings.

Soccer Physics ($0.99 → Free, 23.8 MB): Kick the ball into your opponent’s goal in Soccer Physics. Gamers who can appreciate ridiculous action.

Soccer Physics isn’t a sports simulation game. It’s far from it. What it is is the most insane and amusing soccer game you’ll ever play. You’re put in control of both of the soccer players on your team, but you only have one button. Tap that button to kick, jump, and generally flail about in order to block shots and score goals. The game includes random modes, outfits, and hairstyles.

Soccer Physics is available for free for a limited time. It has a 4.5-star rating with a total of 955 ratings.

Tank of Tanks ($0.99 → Free, 38.0 MB): Dominate your friends in chaotic tank battles in Tank of Tanks. Fans of multiplayer games.

From the creator of Mole Hammers and Soccer Physics comes this gem of a local multiplayer arcade game. Pick a corner of the iPad’s screen to sit at and prepare for battle. You’re put in control of a colorful yet deadly tank, and it’s up to you to steer it into position in order to take down your opponents. Your tank will spin and spin without any interaction, but once you hold your button down it will take off straight ahead and fire. Time your button presses to blast your opponents to bits while avoiding all other enemy fire. You have one minute to come out on top. Are you up to the challenge? The game includes support for up to four players locally, multiple arenas to battle in, customization options to make the combat even crazier, and achievements and leaderboards via Game Center.

Tank of Tanks is available for free for a limited time. It has a 4.5-star rating with a total of 112 ratings. 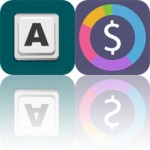 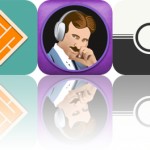