You are using an outdated browser. Please upgrade your browser to improve your experience.
App Bargain Bin
by Tyler Tschida
October 15, 2017

HyperDroste is just a whole lot of fun. The Droste effect is described as an image that appears recursively within itself. HyperDroste applies the effect in an instant to any photo taken or from your library. You’re then able to speed up or slow down the animation, adjust the mask, change the shape, and add various outlines. The final product can be exported as a still image, animated GIF, or video.

HyperDroste is available for free for a limited time. It has a 5-star rating with a total of 9 ratings.

TextEdit+ provides flexibility for those who need it. It syncs with iCloud Drive, providing full access to all of your notes and documents. While editing a document, you’ll find a convenient keyboard extension that allows you to quickly move the cursor anywhere needed along with a set of special character keys. The app is absolutely loaded with other features as well, including tons of formatting options, word and character counters, text-to-speech dictation, a variety of exporting options, and the ability to organize documents within folders.

TextEdit+ is available for free for a limited time. It has a 4.5-star rating with a total of 9 ratings.

The Hunt for the Lost Treasure continues the adventure of The Lost Ship. On your latest quest, use the map discovered on the lost ship and hunt down the pirate’s cove. To do so you must pick the correct paths, solve puzzles, and search through old structures with just a tap. A built-in hint system will assist you when you’re stuck, and a dynamic map will ensure you won’t simply go running around in circles.

The Hunt for the Lost Treasure is available for free for a limited time. It has a 5-star rating with a total of 181 ratings.

The Hunt for the Lost Treasure
Syntaxity Inc. 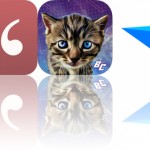 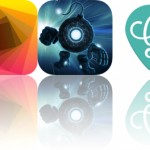 Today’s Apps Gone Free: Achtung, Tangle, Avoid It and More
Nothing found :(
Try something else