You are using an outdated browser. Please upgrade your browser to improve your experience.
by AppAdvice Staff
May 6, 2022

Also, it’s already here. T3 Arena is available in Early Access on TapTap, where you can play it for free against fellow players around the world.

But the full, final release is still in the works, while the iOS version is due on later this month.
Created by XD Inc., T3 Arena is a colorful, fast-paced arena shooter with an emphasis on accessibility, speed, and fun.

It sees you taking on opponents in solo free-for-alls and a variety of 3v3 modes. All this takes place in a stunning array of sci-fi maps.

You’ll obtain 17 unique heroes, too, all with their own skills and backstories. Over time, you’ll upgrade these heroes into an invincible fighting force.

But so will your opponents.

There’s a lot to love about XD Inc.’s highly promising multiplayer shooter. Here are our top five reasons to get excited.

Despite its console-quality presentation, T3 Arena is tailor-made for smartphones. One of the things that make this clear are its mobile-friendly quick fire rounds.

Each round in T3 Arena lasts three minutes. Whether you’re playing with team mates in Team Deathmatch, defending a crystal in Crystal Assault, holding a point in Control, guarding some precious moving cargo in Payload Escort, or just ruining everybody’s day in Free For All, you’ve got exactly three minutes to get your business done.

What does that mean? It means you can reel off a quick round while you’re waiting for the kettle to boil. It means you can rack up solo 12 Eliminations before your partner even realizes that you’ve stopped listening.

What this means is that you don’t have to actually pull the trigger to shoot someone. That would be fiddly in the heat of battle on a device with no buttons. Instead, all you need to do is hover your crosshairs over a target and the game will do the rest.

This elegant solution to the control limitations of your mobile phone makes T3 Arena as accessible as possible. The skill level among the more experienced and talented players is high, but the barrier to entry is low.

You’re going to encounter players of all skill levels in T3 Arena – and plenty of them. The game is already at close to 600,000 downloads, and it’s still in Early Access. The iOS version hasn’t even come out yet (May 26th, mark your diaries).

That means – as if you need us to spell it out – that you’ll never have to wait for other players to show up for a game.

Of course, if you’re not in the mood to play with strangers you can also make up a team of your friends (and speak to them over voice chat).

T3 Arena arrived fully formed, with impeccable presentation, plenty of modes, and some finely balanced gameplay.
But that hasn’t stopped XD Inc. from continuing to make it better. Last month, as the Early Access phase continued, the developer added The Lab.

This ingenious feature is a sort of rolling open beta within the game itself, consisting of new features and changes that players can experience and provide feedback on before those features become part of the finished game.

So far The Lab has dropped two new hero characters – a bounty hunter with an assault rifle and a mythic heroine with the power to control fire – and a new mode called Payload Escort. It sees you either attacking or defending a payload as it makes its way towards the map exit.

There’s a ton of other stuff in there, too – basically, all the little tweaks and improvements that the developers are working on. As soon as you see it, you’ll wonder why every game doesn’t have a Lab.

Unlike most shooters, T3 Arena is a character-driven experience. Each of the game’s 17 heroes is totally distinct from the others in terms of personality and combat profile.

Take Hunter and Judex, the two newest characters. Hunter isn’t just a bounty hunter – he’s a member of the shady Nightingale Saloon. Judex isn’t just a firework artist – she’s also a defender of the helpless with a burning sense of justice.

Labula, meanwhile, isn’t even human. It’s a weird, duckling-like alien creature in a hovering podule, while Jabali is the result of a mysterious experiment. Hidden within a yellow mech suit, he’s on a mission to find out what happened to him.

Every single character in T3 Arena has their own backstory and motivation, and they all play different roles in battle.

Labula fires out spores that explode and cause AOE damage, Victor is a tank-like character who inflicts close-quarters damage with his powerful shotgun and rams enemies with a tackle to drive his point home.

We’ll leave you to discover the other characters and their quirks for yourselves! Android gamers can play it on TapTap by clicking here, with the iOS version landing on May 26. 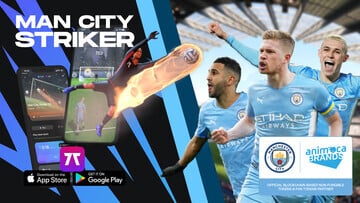 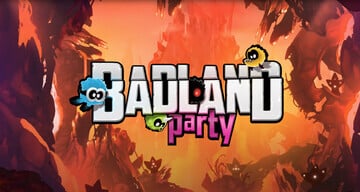