You are using an outdated browser. Please upgrade your browser to improve your experience.
tvOS App Store
by Joe Wright
June 1, 2016

If, like me, you're wondering if Amazon Instant Video is set to launch on the Apple TV, don't hold your breath. According to Amazon CEO Jeff Bezos, the video streaming service has yet to launch on tvOS because the company is seeking “acceptable business terms” before making the move.

I can see Amazon reconsidering its position very soon.

The comments came at Re/code's Code Conference (via MacRumors), and were made in response to a question asking why Apple TV and Google Chromecast aren't available to purchase from Amazon. The reason, Bezos explained, is that both products don't support Amazon Instant Video (formerly Prime Instant Video), the video streaming service offered to Amazon Prime customers. Amazon only sells streaming platforms which support its own streaming service, in a bid not to mislead customers. And the reason for keeping Amazon Instant Video from Apple's tvOS has nothing to do with competitoon, the CEO added.

Instead, the terms of bringing Amazon Instant Video to the Apple TV are deemed unaccepable, according to Bezos, who said:

We sell Roku, we sell Xbox, we sell PlayStation. We're happy to sell competitive products on Amazon and we do it all day. We sell Nest thermostats. When we sell those devices, we want our Prime Video player to be on the device and we want it to be on the device with acceptable business terms. We can always get the player on the device, the question is whether you can get it on with acceptable business terms. And if you can't, we don't want to sell it to our customers because they're going to be buying it thinking you can watch Prime Video and then they're going to be disappointed and then they're going to return it.

The CEO didn't note whether such unacceptable terms concerned Apple's 30 percent taking of IAPs and subscriptions made from iOS, OS X, and tvOS apps and services, despite being outright asked. Disappointingly, this indeed indicates that an Amazon Instant Video tvOS app isn't set to launch anytime soon.

As a new(ish) Apple TV owner, I'm really impressed with the platform but also appreciate how integral the platform's supported services are in making tvOS a viable alternative to cable. Netflix, for instance, offers a huge catalog and support for Universal Search and Siri commands, and as such it's the go-to service on my Apple TV. Its adoption of the tvOS platform means I use it far more than other apps, like BBC iPlayer, for instance. It's also the reason I keep on renewing my Netflix subscription month in, month out.

Amazon Instant Video, on the other hand, is something that's bundled with my Prime subscription, and I rarely use the streaming service. The company has launched a standalone Amazon Instant Video subscription plan, which costs $8.99 per month and aims to compete more directly with the likes of Netflix. Yet holding out on growing (and important) platforms like the Apple TV isn't going to help Amazon in any way.

Should Amazon continue to hold out? Should Apple reconsider its 30 percent position? I don't think so, in both cases. There are enough services on tvOS to see the platform continue to grow, even without Amazon Instant Video. And because of this, the only company who's really losing is Amazon itself. As the Apple TV continues to blossom, I can see Amazon reconsidering its position very soon. 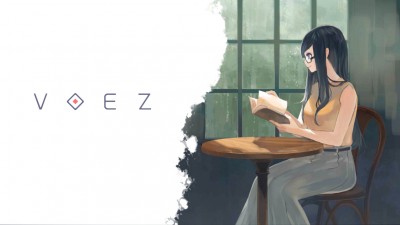 Tap Towards Your Dreams in VOEZ, a New Music Rhythm Game