You are using an outdated browser. Please upgrade your browser to improve your experience.
by AppAdvice Staff
October 22, 2020

Illusion Connect is out now, with a host of launch events and rewards lined-up after the game managed to hit 600,000 pre-registrations.

We’ve been watching Illusion Connect for a while. This stunning mobile real-time strategy game from Superprism looks like a fab take on the genre, combining strategy, fast-paced combat, and casual features such as home improvement.

The goal is to recruit Radiants – vibrant shojo characters – and assemble them into squads for real-time battles against an enemy force called the Nightmares.

There are 50 different Radiants to collect, all of them voiced by superstar voice actors like Ai Kayano (Final Fantasy XIV), Risa Taneda (Dragon Quest 8), and Maaya Uchida (Genshin Impact).

But that’s just one part of the game. When you’re not engaged in brutal combat you’re back in your dream home, getting to know your Radiants by learning all about their backgrounds, personalities, hobbies, and daily experiences.

As a reward for all the players who pre-registered for Illusion Connect, Superprism is going on a giveaway rampage. For a start, simply logging in for eight days in total will give you a huge pile of Diamonds, a Redhood skin for Nina, and SSR partner Miyuki.

SEED’s Recruitment lets you collect a certain number of SR and SSR partners to gain Summon Ticket x30 and a Bikini skin for Kasumi.

Dreamweaver, which happens on the third day after creating your character, sees you collecting stage stars in order to receive Diamonds, and Journey of Growth challenges you to complete all seven-day objectives to upgrade Saya from R to SSR, as well as gaining the Nightingale skin for Saya.

Finally, there’s a Newbie Bonus summon x10 gacha to get you up and running, giving you a guaranteed SSR partner – Frantiva, Hotaru, or Nicola. 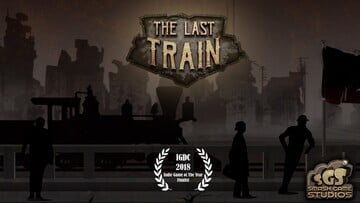