You are using an outdated browser. Please upgrade your browser to improve your experience.
Apple's Ups & Downs
by Joe White
May 3, 2016

Apple had been hoping to start selling refurbished iPhones in India but the country has rejected the move, according to one of India's own telecommunications ministry officials. This is a significant blow to Apple, which is still hoping to properly tap into the world's second-largest mobile population.

The company's hopes of selling refurbished iPhones in the country have been dashed, at least for now.

Bloomberg has the report, and notes that the official in question (who asked not to be identified) cited official policy when explaining that Apple’s move had been rejected, though more precise details are so far unavailable. The refurbished iPhones Apple had been hoping to sell would have been imported from abroad, and as such this lies in opposition with the government's Made-in-India program. Apple's rivals had also noted that such a move “would trigger a flood of used electronics,” also.

India is a challenging market because of the iPhone’s premium pricing but bringing in refurbished phones would have allowed Apple to attract the cost-conscious. The company typically doesn’t lower prices, to maintain its marquee image.

At the same time, Apple is seeking to gain approval for its first Indian Apple Retail Store. Before now, “rigid trade policy” had prohibited Apple from opening its own venue in the country, but an excemption could apparently be in the works.

India is allowing “state-of-the-art” and “cutting-edge technology” to receive exemptions from this strict policy; The Times of India's sources are now claiming that Apple's products meet the criteria for such an exemption.

Apple has also suggested that it might bring expanded production to India – a move that would only serve to increase Apple's chances of getting the go-ahead from Indian officials. Yet it seems, nevertheless, that the company's hopes of selling refurbished iPhones in India have been dashed, at least for now. 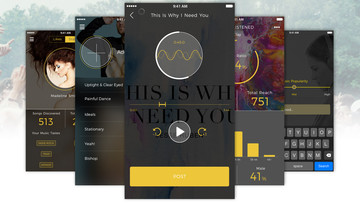 Get Your Groove on With Hive – Music Discovery