You are using an outdated browser. Please upgrade your browser to improve your experience.
The People Behind Apple
by Joe Wright
August 16, 2016

Fast Company has another high profile Apple interview, this time focusing on the man behind the Apple Watch's heart rate sensors: Bob Messerschmidt. In the piece, Messerschmidt provides a unique insight into the relationships between departments at Apple, and particularly the pull and push between engineers and members of Jony Ive's industrial design squad.

One great example is I went to a meeting and said I'm going to put sensors in the watch but I'm going to put them down here (he points to the underside of the Apple Watch band he's wearing) because I can get a more accurate reading on the bottom of the wrist than I can get on the top of the wrist. They (the Industrial Design group) said very quickly that “that's not the design trend; that's not the fashion trend. We want to have interchangeable bands so we don't want to have any sensors in the band.

Challenge accepted, Messerschmidt thought. But there were even more requirements from the same team.

Then at the next meeting I would go "we can do it here (on top of the wrist) but it’s going to have to be kind of a tight band because we want really good contact between the sensors and the skin.” The answer from the design studio would be “No, that’s not how people wear watches; they wear them like really floppy on their wrist.” That creates a set of requirements that drives you toward new engineering solutions.

He adds, “This is kind of what we had to do. We had to listen to them. They are the voice of the user.” And the result of this interplay between engineering and design is a smartwatch not only with the most accurate sensor in the market, but also with interchangable bands.

Later in the same piece, Messerschmidt makes an interesting observation concerning engineers and marketers. He writes that if you talk to an engineer at Apple, they'll say, “we make all the decisions and marketing has no power.” But, if you speak to one of the marketers in Apple's huge marketing building at Infinite Loop, the opposite will be said.

And you can attribute this to SJ, that he recognized engineers don’t get along with marketing people; marketing people don’t get along with engineers. They’re different mindsets, right? I don’t have any evidence of this, but I would like to think that he consciously set up that structure where there was very little interaction between marketing and engineering. Everything went up and back down through the central committee, through the E-team (executive team). So there was a structure that allowed both of them to think they were running the show.

The entier piece is definitely worth a read, not the least because it provides fans with another interesting insight into the inner-workings at one of the biggest companies on the planet. 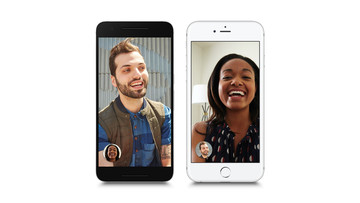 Make Video Calls From iOS to Android With Google Duo 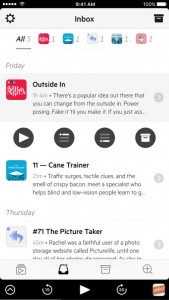 Castro 2 Brings a New Way to Manage Your Favorite Podcasts