You are using an outdated browser. Please upgrade your browser to improve your experience.
That iThingy You're Wearing
by Bryan M. Wolfe
August 3, 2017

A new Apple Watch milestone has been reached. Is it finally safe to say Apple has finally become a serious contender in the wearables market? A new report by research firm Strategy Analytics offers conflicting conclusions. 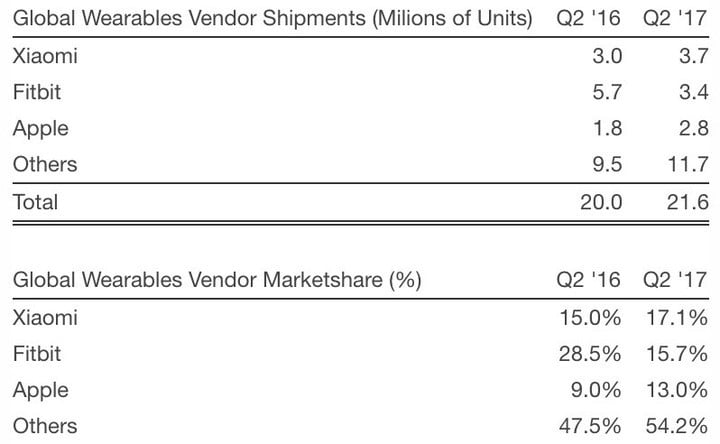 On the positive side, Cupertino sold 2.8 million Apple Watches during the company’s recently completed third quarter of 2017. This figure represents an increase of 56 percent year-over-year.

With these numbers, Strategy Analytics now believes Apple has sold over 30 million Apple Watch units since the product launched in April 2015. The company estimates 13.6 million units were sold during the device’s inaugural year, followed by 11.6 million units in 2016. During the first six months of 2017, the company believes 6.3 million units have now been sold.

To date, Apple doesn’t publish Apple Watch sales numbers. Instead, it groups the wearable device under its “Other Products” category, which also includes Apple TV, AirPods, iPods, Beats, and other accessories.

Apple has for now lost its wearables leadership to Xiaomi, due to a lack of presence in the sizeable fitness band subcategory. However, the rumored upcoming Watch Series 3 launch with enhanced health tracking could prove to be a popular smartwatch model and enable Apple to reclaim the top wearables spot later this year.

It’s an interesting time in the wearables market. On the one hand, it would be good seeing Apple release a less expensive wearable device to compete with Fitbit and Xiaomi in the mentioned fitness band sub category. However, Apple has never been one to worry about market share, which has been a stance that has taken them far.

The so-called Apple Watch Series 3 should arrive as early as next month. Stay tuned.

If you already own an Apple Watch are you planning on replacing it this fall? Let us know below.

Current Apple Watch users, are you going to upgrade to the Apple Watch Series 3 this fall? 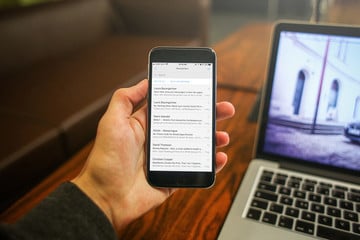