You are using an outdated browser. Please upgrade your browser to improve your experience.
Connected Fitness
by Joe White
April 28, 2016

The latest stage in Apple’s mission to improve healthcare across the world, CareKit, is now rolling out to patients across four brand new iOS applications. The new apps utilize CareKit in order to improve pregnancy, depression medication, and diabetes-tracking.

We can't wait to see what the future holds for this area of Apple's development.

After launching HealthKit and ResearchKit, Apple last year announced CareKit: a new framework designed to help developers and medical professionals give patients control over their own care. It’s completely open source and was expected to become available this month; now, the first iOS applications to use CareKit have launched.

The framework’s launch apps are Glow’s Nurture and Baby apps, Iodine’s Start application for monitoring depression medication, and the One Drop diabetes-tracking app, Fortune reports. Now that these launch partners have released their CareKit-powered iOS applications, the framework is available for all developers wishing to use it. The software makes it possible to track medication, physical therapy, and symptoms inside an associated app, and it allows users to share their medical data with medical professionals and family members.

The Glow fertility and pregnancy apps, for example, now tap into the Connect data-sharing feature to make it easier for a pregnant woman to alert her doctors or caregivers if she develops a fever. The Start app is using the medication-tracking feature to help people stick to their prescribed therapy, and it also uses Connect to allow users to send progress reports to their doctors.

The One Drop app works in much the same way. Recorded symptoms can be mapped against glucose levels, and all of this can be shared with a doctor with ease.

This is all a great move: CareKit is designed to better empower patients to take a more active role in their own care, and Apple’s development of the framework should clearly be applauded. Apps like the ones above are private, secure, and easy to update and share data. There’s no better way to manage your health than with an iOS device and a suitable app powered by one of Apple’s frameworks.

We can’t wait to see what the future holds for this area of Apple’s development. 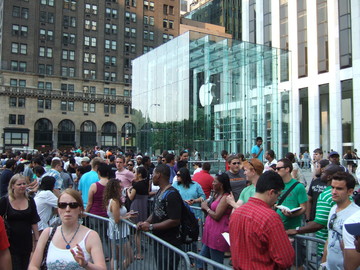 Here's a List of Everything That's Annoying About Apple