You are using an outdated browser. Please upgrade your browser to improve your experience.
Apple's Software
by Joe Wright
August 10, 2016

Apple’s own Maps app had a rocky start. Back when it replaced the built-in Google Maps application on iOS, users ran into countless problems. But, as it turns out, maintaining the Maps app has proven to be just as tricky, due mainly to the ever-changing nature of the data it seeks to collate.

The news comes from the same Fast Company interview we told you about yesterday; here, Craig Federighi and Eddy Cue discuss the launch of Apple’s Maps application (which CEO Tim Cook said was the reason for the launch of Apple’s public beta program). It seems the Maps app is something of a nightmare: “it just never ends,” Eddy Cue said, explaining that maintaining the application is a never-ending task of removing, adding, and updating data for business, points of interest, and streets. As 9to5mac observes, “initially, Apple’s engineering processes did not account for this kind of dynamic activity.”

How does Apple manage this? Well, the company begins with crowd-sourced data, before verifying it either through an online search or by deploying real people to check out the location on the ground.

Apple is trying really hard to right the wrongs of iOS 6, and the initial launch of the Maps app (which apparently got Scott Forstall, Federighi’s predecessor, fired). Federighi himself explained that Apple “tripled down” on the application and is marching on with smart improvements and innovations, many of which are launching as part of iOS 10. Of course, the ones which aren’t launching as part of iOS 10 are remaining top-secret, though Federighi did reiterate that further features will be experience-driven, as per Apple’s general mantra.

We think in terms of experiences. We all use these devices every day, and we think about what we’d like them to do for us. Those aspirational experiences lead us down all sorts of roads technologically, to all kinds of problems that we need to solve. So we think, “Oh, we’d like your Watch to unlock your Mac,” because we need to unlock our Macs every day. It doesn’t start with, “Hey, we’ve been doing development in wireless and they want something to use their technology for.”

Additional Maps functionality could tie in nicely with the long-rumored Apple Car, which is apparently in development across two countries.

The full Fast Company is available online, and as mentioned, it’s definitely worth a read. 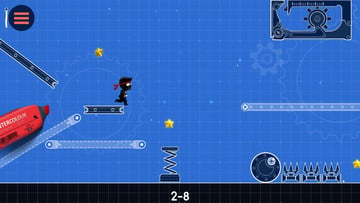 Outrun the Red Marker and Make the Deadline in Eraser