You are using an outdated browser. Please upgrade your browser to improve your experience.
by AppAdvice Staff
August 15, 2020

If you like to keep your ear to the ground for exciting new CCGs to replace Hearthstone, you may well have been aware of Athenion: Tactical CCG long before its global launch.

Developed by Zero-bit, Athenion is a collectible card game with a difference, combining card-based gameplay with a board game-style approach to create something new and exciting in the overcrowded CCG space.

It looks great, too, with a polished anime aesthetic, fully voiced dialogue, and a suitably stirring musical score.

Athenion is more tactical than the majority of its peers, with hundreds of cards to collect and combine in unique ways to maximize their effects and harness their abilities. Certain combinations unleash powerful combos, meaning there are always multiple factors to juggle when contemplating your next move.

The gameplay takes place on a unique 4×4 grid, with you and your opponent taking turns to lay one or more cards. Each of these cards has its own unique properties, including the direction of attack, so clever card choice and placement are vital.

These cards come in six different factions, each with its own specific playstyle. For instance, Cyclone Fury faction is swift and nimble, allowing you to move freely and deal heavy damage.

Shadow Realm faction, meanwhile, lets you create a horde to swamp the board and deploy Dark Power to overwhelm your enemies.

While both of these factions are offensive, there are three defensive factions too. Divine Grace, Tidal Nether, and Planet Guardians specialize in healing and defense. Every faction has multiple effects, some of which only unlock after certain actions.

As you can tell, Athenion is a deep strategy game with plenty of factors to consider. It’s also colorful, pretty, and intuitive to play, which is a killer combo in our book.

You can download Athenion for free right now on the App Store. It’s also available on Google Play.

Enter a Unique and Immersive World in the Puzzle Game Circulous 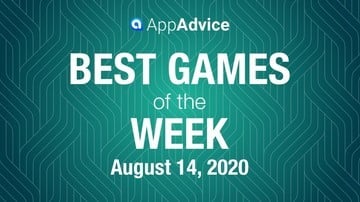 Best Games of the Week August 14