You are using an outdated browser. Please upgrade your browser to improve your experience.
by Christine Chan
January 5, 2018

Antihero ($4.99) by Versus Evil is the mobile port of the original Steam game. It's a turn-based digital board game that requires strategic thinking and features some light RPG elements in the mix. If you liked other games like Onirim, Card Thief, and SteamWorld Heist, then you'll like what Antihero brings to the App Store.

When it comes to games like JRPGs, I always liked to pick the character classes that let me do cool things, such as the Thief in Final Fantasy. I've always had a liking for the thief class, because they're usually agile and nimble, allowing you to do things like steal. When I saw Antihero, I was intrigued because it's a game that's all about being a "master thief" and running your own thieve's guild. I mean honestly, how can I say no to that? And while I didn't hear about Antihero until just days ago (it originally came out in July 2017), I have to say that this is a title that doesn't disappoint. 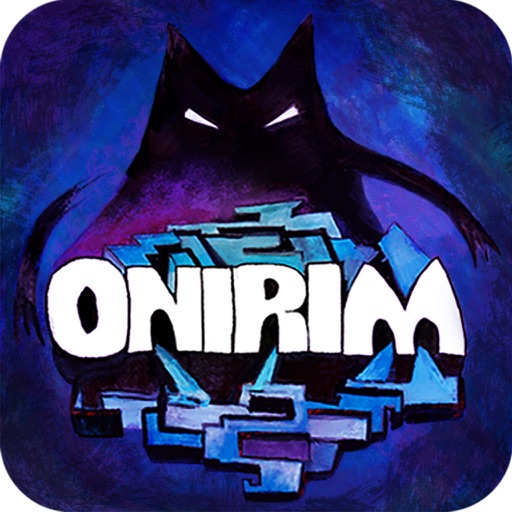 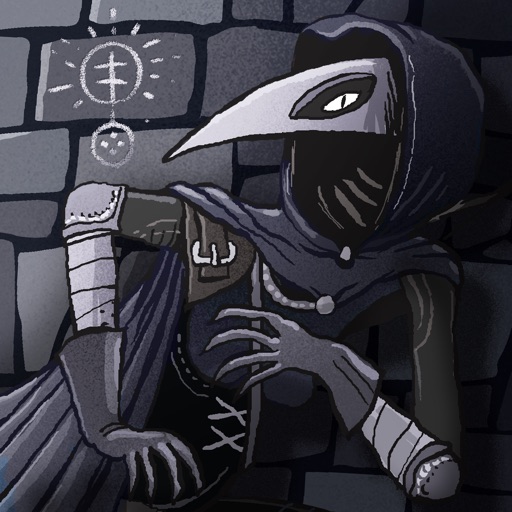 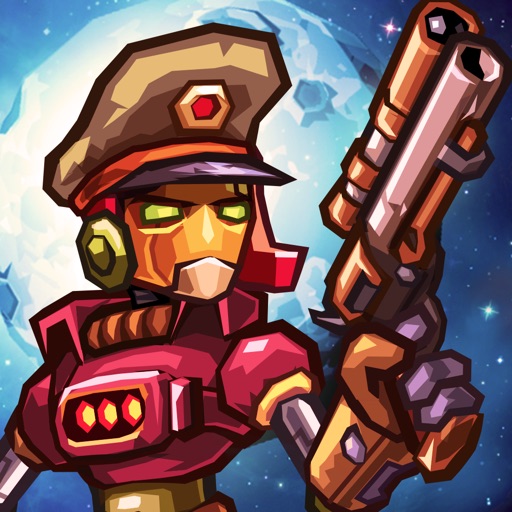 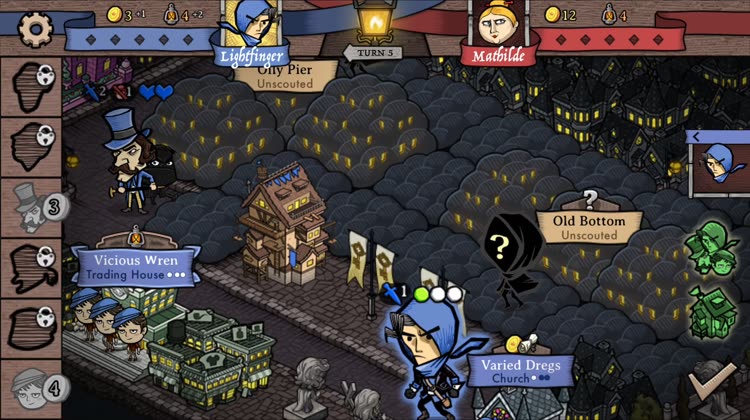 Antihero has a unique visual style that I'm loving from the get-go. The game is rendered in 2D but because of the angled, top-down perspective of the board, it feels like pseudo-3D. However, all of the character sprites are flat, so it's a nice contrast with the board itself. Each unit type has a unique appearance that makes it easy to differentiate from each other, and the Victorian-era towns have a cozy look and feel to them. The towns are dark and gloomy, but the red and blue shades of your guild versus the enemy are a nice complement to the somberness. Animations are buttery smooth and fluid on my iPhone 8 Plus, so I had no issues with lag or choppiness. The ambient soundtrack is also fitting for the Victorian setting, and it's delightful to listen to, along with the sound effects.

There are three ways to play Antihero: single-player Campaign, Go Online, and Skirmish. Going online requires creating an account, which is simple enough, and it allows you to do PvP with other players in asynchronous battles. Skirmishes can be done against the AI or with other players locally, but you can customize the rules for distinctive and interesting battles. However, chances are high that you'll be spending most of the time in the rich single-player Campaign.

In the Campaign, there's a large number of levels to play through, with the difficulty ramping up on each stage. You'll have to go through the levels in chronological order, and there's no option to skip a stage, so if you're stuck, well, you'll need to try harder. The first three levels serve as the tutorial and help you understand the rules and flow of the game.

To complete a level, you'll need to gather enough victory points before your opponent does. These are earned by completing various objectives, such as: infiltrating a church for Blackmail, assassinating certain public officials to fulfill Contracts, and more. The game tells you in the beginning what things you can do to earn victory points, so you just have to make sure you get enough before your rival.

Game flow and controls are simple enough. Each turn, your Master Thief can Scout, Burgle, or Attack, but each action costs an Action Point. Scouting lets you uncover hidden parts of the level, Burgle lets you steal some gold coin, and Attack can eliminate enemy units standing in your way. The Action Points refill on each turn. As you get coins, you can purchase units and expand your guild. Each unit does something different and you'll have to think about what's best for the situation at hand.

For example, Street Urchins can infiltrate businesses so you acquire resources faster (freebies each turn). Thugs can guard for two turns, Gangs can attack or evict enemy units from buildings, and Saboteurs can set up traps. You'll uncover more unit types as you get further along in the game, and each one has a useful skill that you'll want to take advantage of. As you get coins, make sure to use them to get more units if you're able to.

During each turn, you're also able to check your Guild and purchase upgrades. The upgrades cost lanterns, so you should generate free lanterns on each turn by controlling a Trade Shop. The upgrades unlock more unit types and can give your Master Thief more power, such as more Action Points and more damage when attacking. You can also choose Charity, which gives you free gold or lanterns each turn, but then you can't get an upgrade.

Once you've made use of all available actions for your units and have spent your upgrades or collected charity, you can submit your turn and then it goes to the opponent, rinse and repeat.

Antihero is a fantastic addition to anyone's strategy game collection. 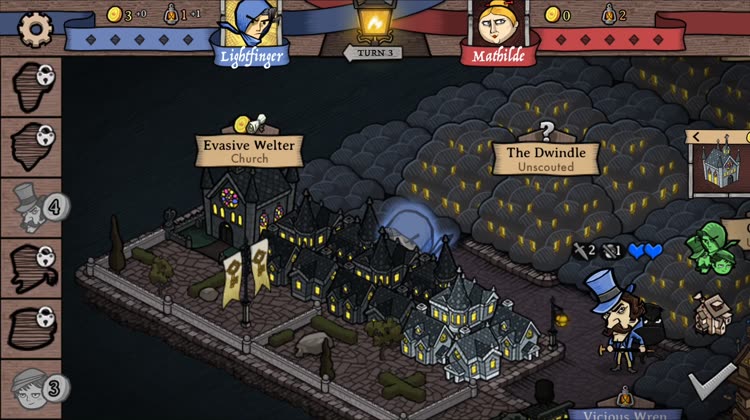 Antihero is a fantastic addition to anyone's strategy game collection. The cartoonish art style is rather special and unique, and the sound design is excellent, including the voice acting. The controls are simple (just taps) and they seem perfectly optimized for touch screens. The variety in unit types means a lot of strategy and planning is involved, and the levels can be rather challenging. It's also great that there is multiplayer, both online and locally, with the option for custom rule sets to make matches even more interesting. Each round starts off a bit slow, but once things get rolling, it's incredibly addictive. 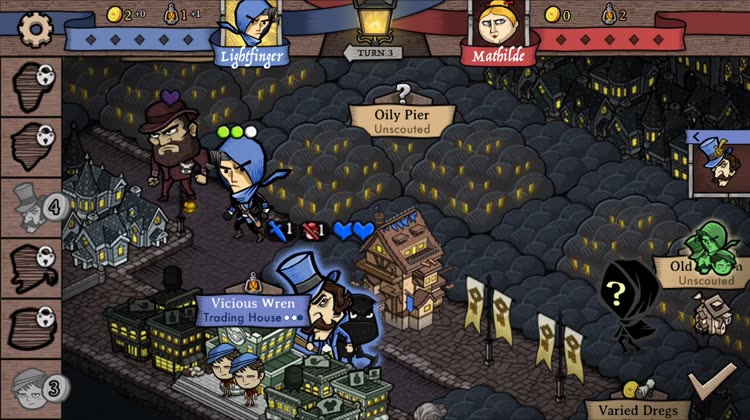 While Antihero is a great game, it may not be for everyone. If you're not the type to methodically calculate your move in strategy games, then this may end up being frustrating, as the difficulty ramps up after the tutorial. Plus, matches can take a while, so you do need time to spare for this.

I'm usually not big on strategy games because I end up being terrible at them, but Antihero is definitely one I'll be keeping around. It has distinctive game mechanics that feel interesting and fresh, and the controls are optimized for touch. Plus, I get to live my dream of being a thief and having a guild all my own, so it's a keeper.

I recommend Antihero if you're a fan of board game style games or just want an in-depth strategy game for your collection. You can find Antihero on the App Store as a universal download for your iPhone and iPad for $4.99. 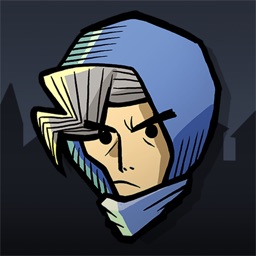 Antihero - Digital Board Game
Versus Evil
Nothing found :(
Try something else