You are using an outdated browser. Please upgrade your browser to improve your experience.
by AppAdvice Staff
February 10, 2020

Cryptract is one for the JRPG aficionados. Fortunately, there are plenty of you out there.

Originally released on mobile in Japan way back in 2015, the game has racked up more than 12 million downloads in the last four years – but it failed to make the journey across the Pacific.

Until now. The long-awaited western version of the game has finally arrived.

Cryptract may sound a bit like a new blockchain venture or cryptocurrency trading platform – but it’s actually an acclaimed, gorgeous, ultra-slick strategy-RPG with a loyal fanbase.

The setting is pure fantasy. You play as the ruler of a region that’s been decimated by a mystical beast and its many beastly underlings. Your task is to do what any good leader would do in those trying circumstances: bring the pain.

That means amassing an army of warriors, leveling them up, and sending them into battle. As you win skirmish after skirmish and make your way through the campaign you’ll unearth the secrets of Cryptract as a nifty narrative bonus.

Through playing side-quests you’ll get to know various residents of Centrair and learn their often tragic stories. This gives the gameworld a palpable sense of depth, as well as lending the game some emotional weight. The developer even promises tears, though that very much depends on your emotional resilience.

In terms of gameplay, Cryptract is pretty familiar JRPG fare, albeit it slicker than most. There are five different elemental attributes in the game – wood, fire, light, dark, and water – and each warrior is aligned with one of them. Every element is strong against certain elements and weak against others, rock-paper-scissors-style, so you need to compose teams that can outmatch all possible opponents.

To fight, you simply tap on an attack or a skill and then again on the target to unleash untold destruction upon your hapless foe. There are tons of attacks and skills to choose from, though, so fights are tactical affairs.

Thankfully you can share tactics by joining a guild and chatting with your guildmates on the game’s dedicated message boards.

Cryptract is available on iOS and Android right now. 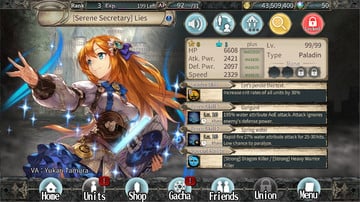 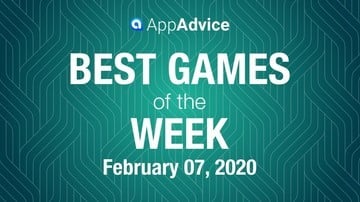 Best Games of the Week February 7