You are using an outdated browser. Please upgrade your browser to improve your experience.
Apple's Ups & Downs
by Joe White
March 9, 2016

Apple’s iPhone handset has enjoyed immense popularity since its debut in 2007, spawning copycats and enticing switchers from failing brands (like RIM’s BlackBerry). Its operating system, iOS, has set the level for what we expect our smartphones to do, while at the same time bringing “desktop-class” features to our handsets. Yet despite this, a recent graph from Deutsche Bank indicates that Apple’s iPhone isn’t bulletproof. Sales don’t just mirror the smartphone market, but iPhone sales generally do worse than the market as a whole. 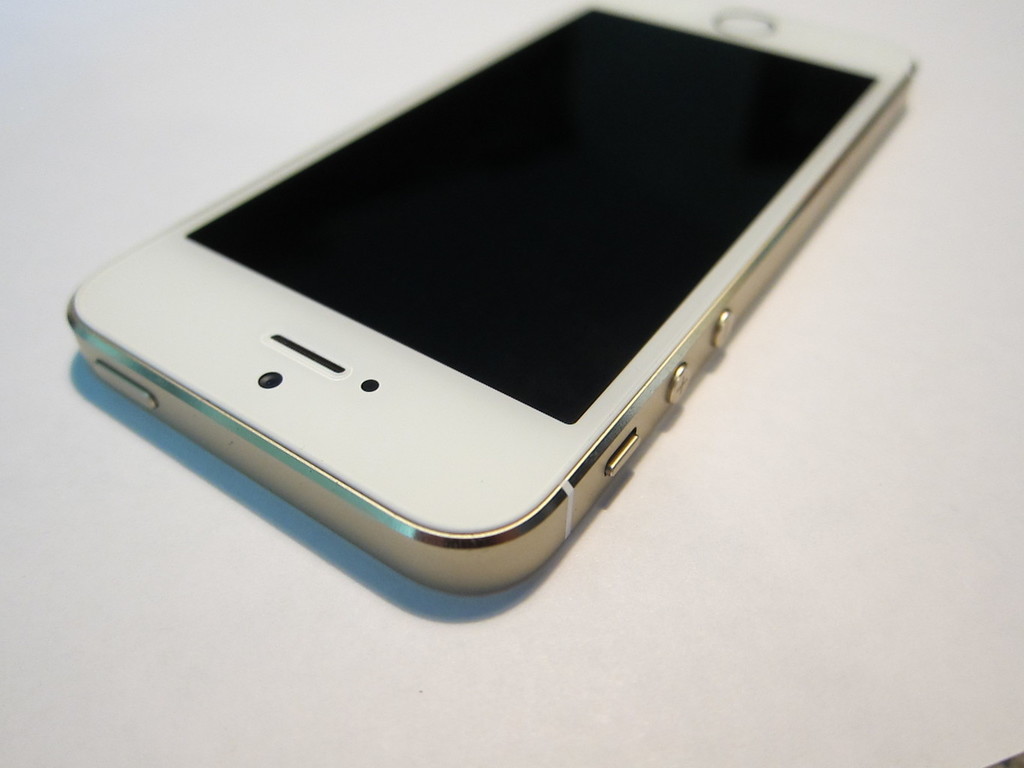 Check out the graph below: it really does speak for itself. As you can see, the smartphone market has been in general decline since 2012, seeing brief peaks but moving, on average, in a downward direction. And while there have been times when the iPhone has indeed defied gravity, surging in the opposite direction, the handset generally mirrors the smartphone market — selling below average sales figures. 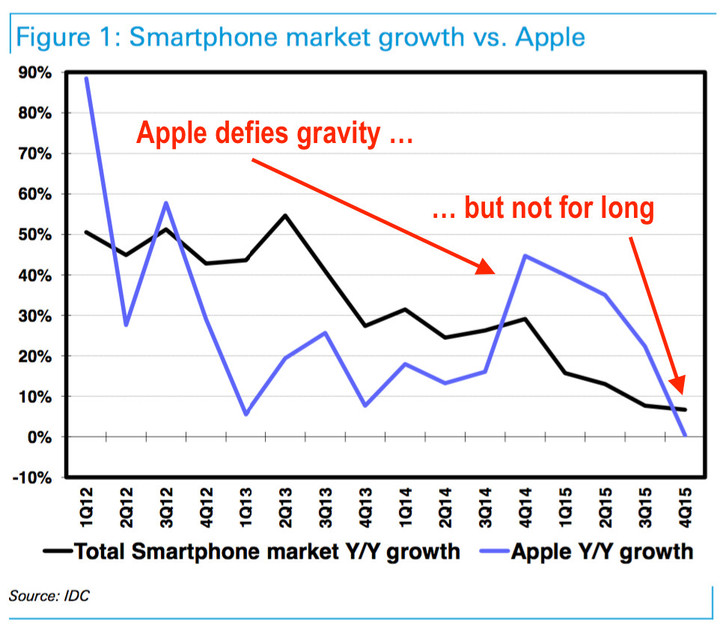 So, what does this mean for anticipated sales of Apple’s iPhone? Well, at a basic level, if the data is anything to go by you should expect sales to fall as the smartphone market declines. But this decline itself shouldn’t come as much of a surprise, and isn’t indicative of shoddy innovation on Apple’s part (as the naysayers would have you believe).

Instead, when you think about it, declining iPhone (and smartphone) sales make sense. The iPhone itself, the category-defining smartphone, was released in 2007. During the years following this launch, iPhone adoption rocketed as folks — myself included — heard about, and promptly picked up, an iPhone for themselves. The same can be said for the smartphone market more generally. Yet this kind of boom isn’t going to last. Because once your average iPhone owner has one of Apple’s expensive handsets, they’re going to hold onto it until it gives up the ghost before upgrading to a newer iPhone model. I know plenty of folks who’re still using Apple’s iPhone 5 handset.

As Business Insider, who shared the graph, explain, there was indeed a “brief bump” when Apple introduced the iPhone 6 (and 6 Plus). And I think you can expect the same for this year's “iPhone 7” release, not only because it's an anticipated hardware update but also because most two-year contract users will qualify for upgrade during this period. Nevertheless, iPhone growth is going to continue to decline (or, rather, flatline), as Deutsche Bank's chart indeed predicts. 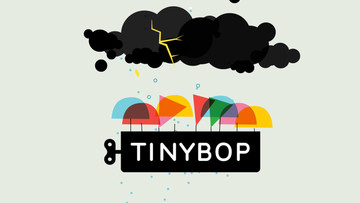 Your kids will definitely get swept up in Weather by Tinybop 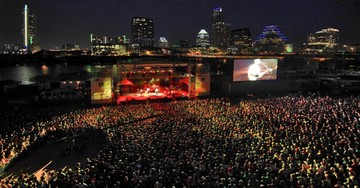 5 apps to help you make the most of SXSW