You are using an outdated browser. Please upgrade your browser to improve your experience.
by Brent Dirks
October 25, 2018

Construction is a never-ending mission. No matter how many buildings go up and roads go down, we’ll always need to make more, to replace the old stuff and accommodate the ever-growing human population.

And now we’re excited to be reporting that Construction Simulator 3 is on the horizon.

According to astragon, Construction Simulator 3 will contain a number of new features, as well as a fresh European setting.

The game will see you starting out as the owner of a small construction firm and building your fortune over 70 increasingly high stakes missions. These will cover all areas of construction, giving you a diverse array of tasks to complete and skills to master.

By the time you complete all 70 you’ll be the biggest builder on the block.

As ever, Construction Simulator 3 contains a raft of licensed vehicles from a familiar list of manufacturers including Caterpillar, Liebherr, MAN, Palfinger, Bell, STILL, ATLAS, and MEILLER Kipper.

Less familiar to fans of the series are several newly added brands, including CASE, BOMAG, WIRTGEN, VÖGELE, HAMM, and Bobcat.

Basically, every gigantic machine you can think of makes an appearance in Construction Simulator, accurately rendered in gleaming polygons.

Unfortunately, there’s still a while to wait before you can get your hands on Construction Simulator 3. If all goes to plan, the game will be available at some point in the first half of 2019, meaning anywhere from two to eight months from now.

The good news is that you can get involved right now by applying to join the closed beta. This will not only give you an early glimpse of the action, but also allow you to potentially influence the game’s development through playtesting.

You can sign up now by following this link: https://bit.ly/CS3-ClosedBeta. 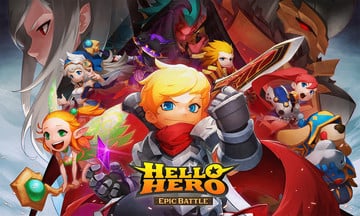 Build Your Perfect Farm in the Popular RPG Stardew Valley