You are using an outdated browser. Please upgrade your browser to improve your experience.
by Christine Chan
November 8, 2017

Peregrin ($3.99) by Domino Digital Limited is a story puzzle game that mixes in elements of sci-fi, myths, and fantasy. If you enjoyed recent games like Deus Ex GO and Lara Croft GO, then you will like what Peregrin has to offer. It's another game that first made its debut on Steam, and is now available on iOS.

Life has been rather hectic for me as of late, so I like to turn to my trusty old remedy for relaxation: video games. Even though I get a kick out of total destruction sometimes (as with Runic Rampage), I vastly prefer relaxing with a good storyline and stimulating puzzles. When I saw Peregrin on the App Store, I was intrigued by the screenshots. Honestly, I had no idea about this game's existence before I saw it on the App Store, so I didn't play it on Steam when it came out in August. But now that it's on mobile, I can enjoy it on-the-go with my iPhone 8 Plus. This is one stellar puzzle adventure that doesn't disappoint. 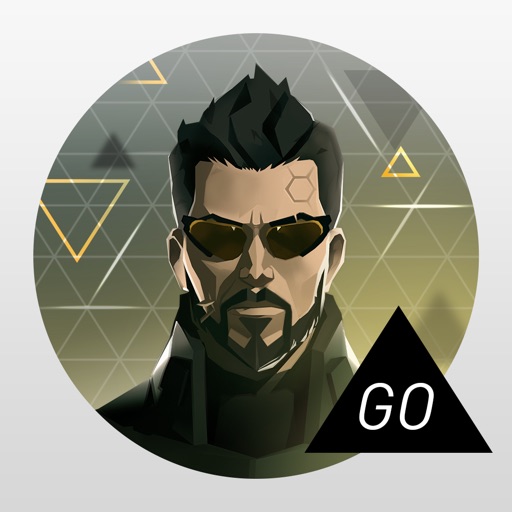 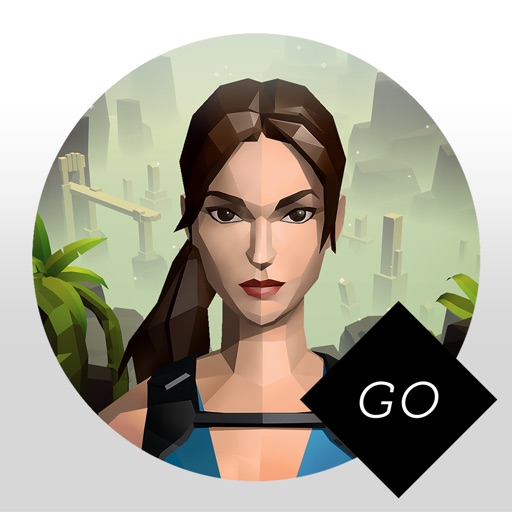 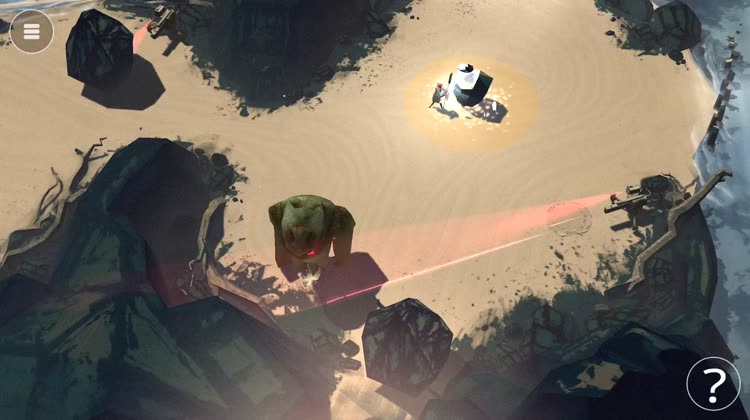 Visually, Peregrin stuns with a gorgeous 3D rendered world that's full of nature and wonder. The game features a top-down perspective that makes it easy to see everything that's happening on the screen at once. There are over 60 different landscapes that players will find themselves in, and each one looks beautiful and is packed with an incredible amount of detail. While character models appear a tad smaller than I'd like, you can still easily recognize each model (of main protagonist Abi and the various creatures) from a distance. Peregrin features a wide range of colors, from bright and vibrant shades to muted, gloomier tones, depending on where you are in the story.

The music in Peregrin is originally composed to provide an atmospheric experience as you play. The track that plays in the background helps provide an overall dark and gloomy tone to the game, though the sound effects are rather whimsical. Peregrin also features a complete narrative that is voiced in English, and the dialogue is rich and immersive. It helps you get acquainted and attached to the characters that you'll come across in the story.

Peregrin is divided into five chapters, and each one plays like an episode and features various landscapes to explore. In Peregrin, players take control of the main protagonist, Abi, as she leaves her scavenger tribe to set out on a journey on her own in the wastelands of the divide. Along the way, she'll discover mysterious monoliths and weird artifacts that reveal the secrets of the fallen lands. It's an interesting, unique story and world, and Abi's arcane powers just add to the enigma of Peregrin.

Each chapter is made up of a collection of puzzles that lead right into one another. It's fairly linear, as you can't make progress without completing the current puzzle. You also can't go back and do a previous sector, unless you want to start the chapter over from the beginning. In each chapter, Abi navigates through a series of connected rooms, and there's always a puzzle to solve in it before she can advance.

Controls in Peregrin are simple and intuitive. To have Abi move, just tap on where you want her to go. If she's unable to go to that spot, you'll see a red indicator on the screen saying you can't go there. There's a large, monolithic stone that's somewhere on the stage, and Abi must reach it and activate it. Once it's activated, a light aura extends outward from the stone, filling in the gloom world with color and life.

When Abi is in this field of energy, she can use her arcane powers to take control of creatures, from animals to the divide's hostile guardians. To do this, just tap on the button in the top right corner and then tap a creature while Abi is in the aura. Each creature can do a different task, and their abilities are needed to solve the puzzles.

For example, the large troll is able to lift heavy objects like boulders and barrels. This provides Abi safe passageway, especially when the objects can block laser beams. If she takes control of a large frog-like critter, it can help lure other animals to certain spots or even activate switches from afar.

While the touch controls work well, if you have a MFi controller, you'll be glad to know that there's full support for them.

I mentioned hostile guardians. These guys are easily recognizable because of their shadowy, evil appearance and the dark, smokey mist that surrounds them. Once Abi enters their field, combat begins. Abi can approach a guardian and kill it, but if another guardian gets to her or hits her with a projectile attack, then she's dead.

There's a trick to combat in Peregrin. The moment Abi is in the dark mist, tap on the button to activate her arcane mind-controlling powers. Then select a guardian to take control of, and have it attack the others. But make your decision wisely — the combat sequences are puzzles themselves, as you need to find the correct sequence of actions to take them all out without getting hurt in the process.

Peregrin is a fantastic combination of challenging puzzles and strategic combat. The game also has achievements to obtain if you like to strive for perfection, and it's an overall joy to play.

A beautifully rendered adventure game with a mythical storyline. 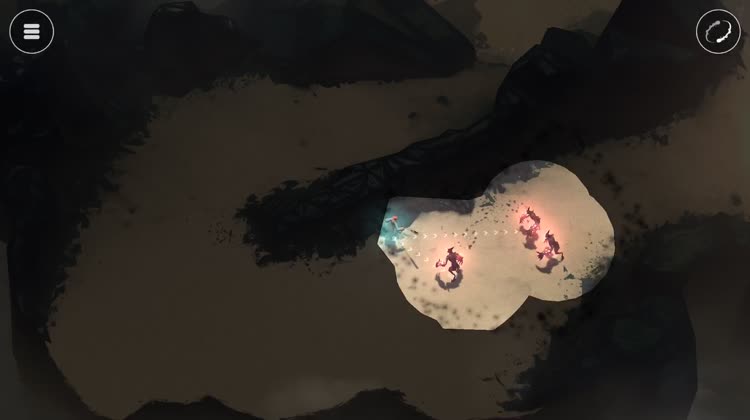 For a game that only came out on Steam just a few months ago, I'm surprised at how fast it ended up on iOS. But I'm glad that it's available to play on-the-go, because the mobile version is excellent.

The visual style in Peregrin is gorgeous and it proves to be some fantastic eye candy. Seriously, the graphics are amazing and remind me of the GO games from Square Enix. I'm also a sucker for amazing game soundtracks, and Peregrin has that too. I'd recommend playing this game with headphones for a truly immersive and engaging experience, especially with the well done voice work.

The controls are simple and intuitive enough for anyone to play the game. Peregrin's puzzles are definitely ones that make you think, because the game starts off easy but things get tricky soon enough. The combat is distinctive and not as you'd expect at first, but the strategy involved makes you think before you move. The achievements help keep players motivated to keep coming back for more. 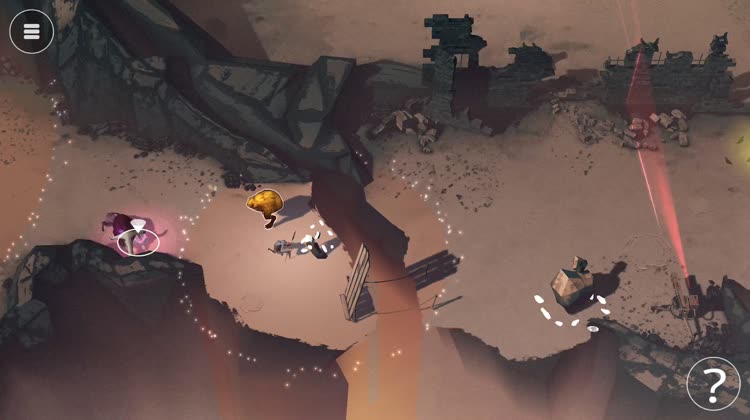 While Peregrin is a great game, it's not perfect. I do wish that you could go back to previous stages without having to restart the chapter. And some of the puzzles get super difficult, so maybe having a hint system would be nice.

While I may not have heard of Peregrin until recently, it's an excellent game that is worth your time. The game's graphics are top notch, and the music and sound is great. Plus, if you are one to appreciate great story and narrative, then the rich voice work is definitely worth listening to. Peregrin's puzzles and combat is a unique combination that proves challenging, and players will want to come back for more.

I recommend giving Peregrin a try if you're a fan of mythical fantasy and sci-fi themes with stimulating puzzles to solve. Peregrin is available on the App Store as a universal download for your iPhone and iPad for just $3.99. 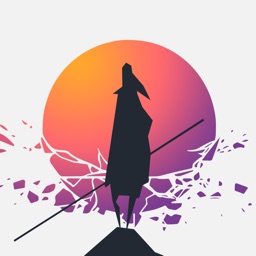 Peregrin
Domino Digital Limited
Nothing found :(
Try something else