You are using an outdated browser. Please upgrade your browser to improve your experience.
by Christine Chan
April 10, 2018

Ava Airborne (Free) by PlayStack Ltd and Laser Dog Games is an infinite flyer full of traditional gliders and unorthodox contraptions, collectibles, dangers, and just a lot of cute fun. If you love games like Tiny Wings and Alto's Odyssey, then Ava Airborne is another fine addition to the collection.

I, like many others, have always dreamed of flying. And no, I don't mean by a plane either, but actual flying. The type that you only dream about, but it's one of those things you've been wanting since you were a child. While it's still on my bucket list one day, I doubt it's happening anytime soon because of other things — being an adult is hard. Fortunately, there's video games, and Ava Airborne is one that brings your dreams of flight to virtual reality. It's also partly made by Laser Dog, who brought us fantastic games like Hopiko. So I have high expectations for Ava Airborne, and they've been met. 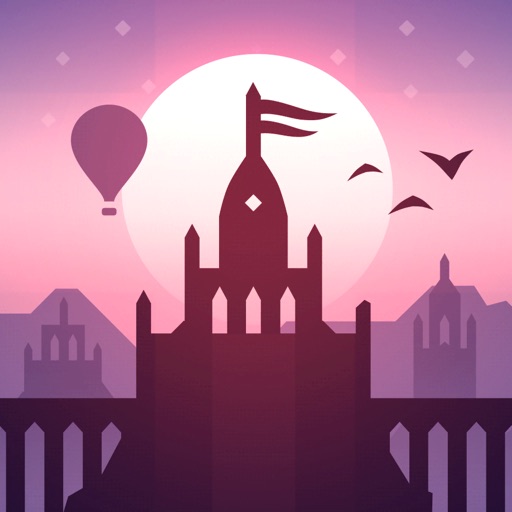 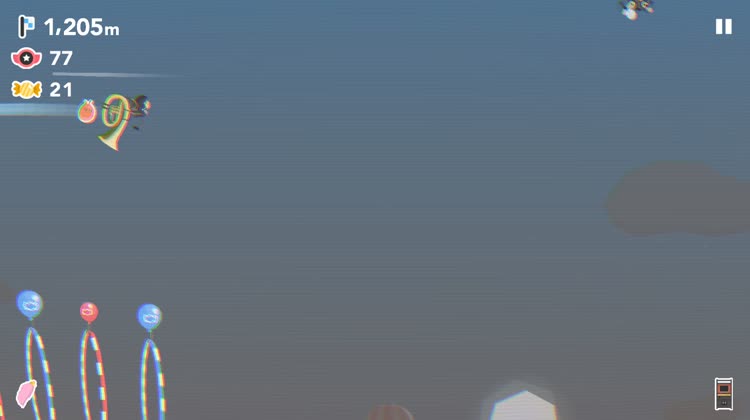 Visually, Ava Airborne is gorgeous. The game features a minimalistic aesthetic that's rather beautiful, and everything is rendered in a 2D style. Ava Airborne has a unique and oneiric dreamscape environment that's full of interesting contraptions and obstacles. The protagonist is a little girl with stick-like limbs who just wants to fly, like the rest of us. The color palette is a fantastic mix of soft pastels, bold and vibrant hues, and muted shades, so everything is appealing to the eyes. The backdrops are blurred out slightly, but still have serene scenes that are peaceful to look at. Animations are buttery smooth and fluid, so there's no lag on my iPhone 8 Plus. The game also has an upbeat and quirky soundtrack that's delightful to listen to, and the sound effects are excellent.

Since Ava Airborne is an infinite flyer-style game, there's only one game mode, and the goal is to cover as much air as you can. You start out with the basic glider, but as you fly and earn miles, you rank up and have the ability to purchase new contraptions. These contraptions change how you fly, and even allow you to move through the air faster. Some also change the music and visuals. However, you can only unlock a new contraption by ranking up, and having enough sweets (in-game currency) for it.

As you play, each contraption can be upgraded as well. Doing this makes them more effective, since they all have their own unique multipliers when it comes to earning experience to rank up as well as sweets gained. So as you level up, make sure to save up those sweets and get as many contraptions as you can to play around with.

Ava also has some flying companions that are able to help her out during her flights. You can unlock new companions and collectibles along the journey by obtaining them from flights, free gifts, or by ranking up. The companions can save Ava from crashes and other dangers, while collectibles give you cool trails and other fun stuff.

Controls in Ava Airborne are simple and intuitive. Just long press on the screen to glide (or tap to do it in spurts) and release to fall. It's all about timing when it comes to soaring through the air and avoiding the obstacles like explosive balloons and lasers.

One thing I'm not fond of with other infinite style games is the fact that when you hit something, it's usually game over from there. However, Ava Airborne does things a bit differently. If you hit something, you have an opportunity to recover by rapidly tapping both sides of the screen to recompose yourself and keep flying. However, the number of taps increases after each hit, so it does have diminishing returns.

There are also trampolines on the ground and cannons in the air that you can fall into and it helps you recover as well. Ava Airborne is rather forgiving when it comes to mistakes, making this a much more relaxed-feeling game.

After each flight, you get experience points based on how well you do. To obtain sweets, you must pop balloons while flying, as they seem to like hiding in them. The final amount can change depending on the contraption you have equipped. You can also double the amount of sweets you've earned by watching an optional video ad.

Since Ava Airborne is a free game, there are ads, as I just mentioned. But they're all optional, and non-intrusive.

Help Ava hang glide through the sky filled with obstacles. 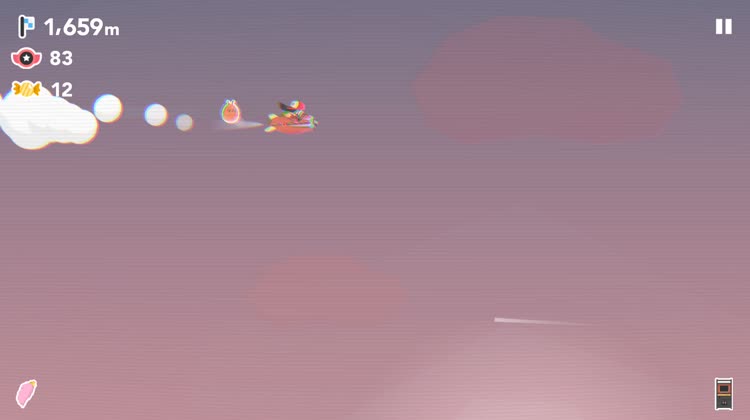 Ava Airborne is a unique endless flyer that has a lot of style and personality. The visuals are cute, endearing, and just delightful on Retina screens. The music is fun and eccentric, and the sound effects are nice, especially when popping balloons. The controls are simple enough for anyone, and the gameplay is simple but challenging. Even if you aren't a fan of most endless games, this one is worth checking out because it's done so well. 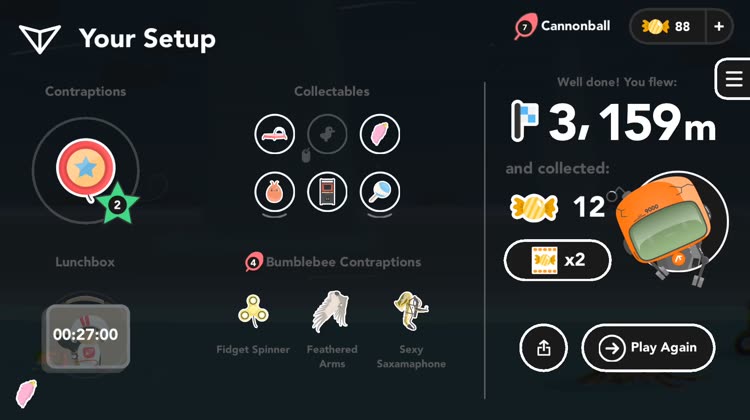 There's a lot of good stuff in Ava Airborne, so it's hard to find anything bad about it. Though the only thing I can think of is the rapid tapping to recover is a killer on my wrists, but I think that will vary for everyone.

For a free game, Ava Airborne is pretty good. I love the fun visuals, the sound is awesome, and the gameplay is challenging but keeps you coming back for more. I'm a fan of endless games that do things differently from the rest, and Ava Airborne is one of them. The game is great for a free title, and even though there are ads, they're completely optional, which is nice. This is definitely one of those games I'll be coming back to whenever I have a spare moment throughout the day.

Ava Airborne is available on the App Store as a universal download for free. There are in-app purchases. 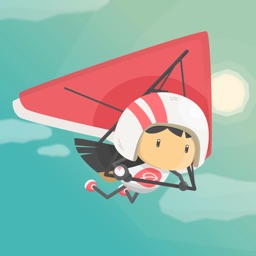 Ava Airborne
Playstack Ltd
Nothing found :(
Try something else