You are using an outdated browser. Please upgrade your browser to improve your experience.
Accessories
by Bryan M. Wolfe
April 25, 2017

Is it time to consider the DreamWave Genie virtual voice assistant Bluetooth speaker? If you use Apple Siri a lot, it might be. 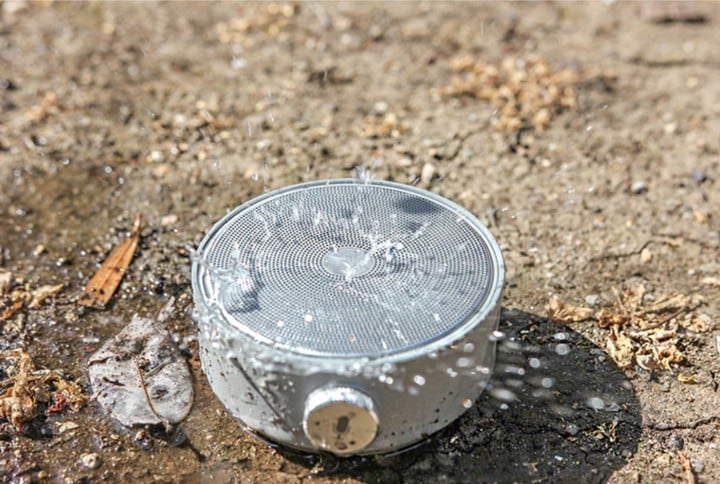 Apple Siri has come a long way since it was first introduced on the iPhone 4s in 2011. Today, the voice assistant is on iOS devices, Apple TV, and Apple Watch. There still isn’t a standalone Apple Siri speaker, however, and maybe never will be.

DreamWave hopes to change this, at least somewhat, with its recently introduced DreamWave Genie, which is now available for preorder on Kickstarter.

With its cylindrical shape, 360-degree omnidirectional sound, and 5W power, the Dreamwave Genie looks a lot like Amazon’s Echo Dot. Plus, with an IPX5 rating, the speaker is splash-proof and durable, suitable for both indoor or outdoor use. The built-in lithium battery supports up to 10 hours of play time.

To use the Dreamwave Genie, you must pair it with a mobile device, such as an iPhone or iPad. Once you do, you can use the speaker as you would with other voice assistant speakers such as the Echo and the Google Home.

To date, Amazon’s lineup of speakers can only understand English and German.

We’ve spent many hours perfecting the notion of a premium Virtual Voice Assistant Bluetooth Speaker, at a friendly price point, that is easy and universal for everyone to use in any language. The Genie is the result of our team’s dedication to developing new and innovative products.

Is the Dreamwave Genie Genius?

Is the Dreamwave Genie Genius?

I’ve had the opportunity to use a Dreamwave Genie for about two months. Overall, I’ve been impressed with this little piece of magic, which I tested exclusively with Apple Siri.

From a design perspective, the Dreamwave Genie has been made for the long haul. It’s both durable and lightweight. And yes, it works well even when it gets splashed by water. I like speakers that fade into the background, which is something Genie does well thanks to its light gray finish.

Pairing the Genie with my iPhone took about 30 seconds. From there, I was able to enjoy my music with ease. You can control the volume from the speaker or your mobile device. The Genie offers adequate sound. However, this isn’t its biggest strength, as it’s not looking to replace your Boom 2 or JBL Flip 4.

Activate Siri by tapping on the device’s voice-activated button. You also use this button to answer calls from your phone. In both instances, the speaker works as expected. Very well, in fact.

Finally, a word about battery life. The Dreamwave Genie promises 10 hours between charges. During my tests, battery life usually exceeded this amount by about one hour. 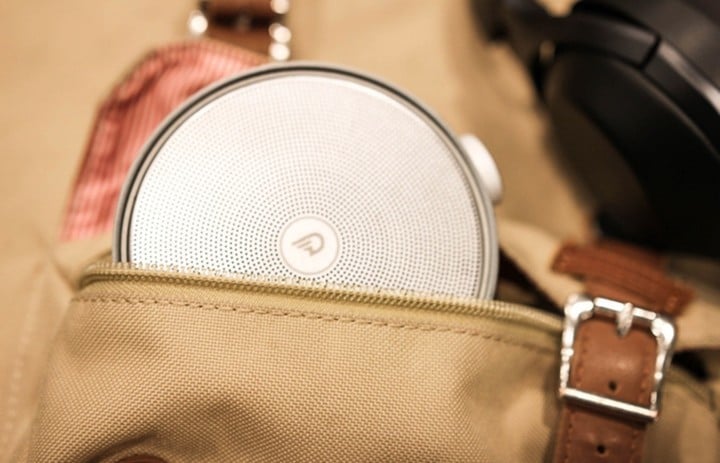 If you use Siri a lot, you should definitely consider the Dreamwave Genie. The small speaker works with multiple languages, offers acceptable sound, and great battery life.

Normally priced at $69.99, the Dreamwave Genie is available on Kickstarter for as little as $40. The first units are expected to ship in July. 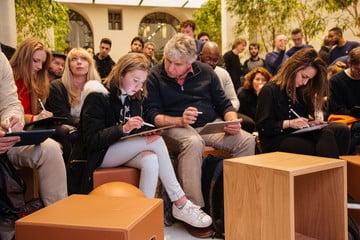 New Education Sessions will Land at Apple Stores Starting in May