You are using an outdated browser. Please upgrade your browser to improve your experience.
Security
by Bryan M. Wolfe
March 27, 2017

Internet privacy rules could be seriously relaxed as early as this week in the United States. In doing so, internet service providers (ISPs) could soon be given broader authority on who can gain access to your web browsing data.

On Tuesday, March 28, the U.S. House of Representatives is expected to vote on whether to repeal 2016 broadband privacy rules that were passed by the Federal Communications Commission (FCC) in 2016. The bill, which has already been passed by the U.S. Senate, would allow ISPs to sell your personal data without your consent.

As The Verge rightly notes:

The consequences of repeal are simple: ISPs like Comcast, AT&T, and Charter will be free to sell your personal information to the highest bidder without your permission — and no one will be able to protect you. The Federal Trade Commission has no legal authority to oversee ISP practices, and the bill under consideration ensures that the FCC cannot adopt “substantially similar” rules. So unless the bill fails in the House, the nation’s strongest privacy protections will not only be eliminated, they cannot be revived by the FCC.

Providing for congressional disapproval under chapter 8 of title 5, United States Code, of the rule submitted by the Federal Communications Commission relating to “Protecting the Privacy of Customers of Broadband and Other Telecommunications Services”.

Resolved by the Senate and House of Representatives of the United States of America in Congress assembled, That Congress disapproves the rule submitted by the Federal Communications Commission relating to “Protecting the Privacy of Customers of Broadband and Other Telecommunications Services” (81 Fed. Reg. 87274 (December 2, 2016)), and such rule shall have no force or effect.

Before Tuesday’s vote, you can tell your member of Congress where you stand on this issue. Color of Change, the Electronic Frontier Foundation, and Free Press have online tools to do so.

If the bill is approved by the U.S. House, it would be sent to President Donald Trump for his signature. In the U.S. Senate, members approved the bill on a party-line vote, 50-48. 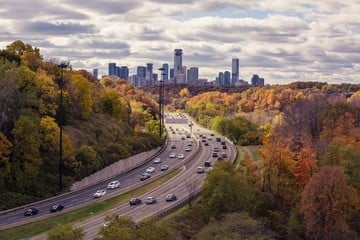 Get Driving Directions That Skip Toll Roads in iOS Maps