You are using an outdated browser. Please upgrade your browser to improve your experience.
by Brent Dirks
July 24, 2018

The one thing action-RPGs lack these days, at least on mobile devices, is action. Canny developers have worked out that a finely tuned progress mechanic is sufficient to keep players hooked, so the combat in most current action-RPGs tends to just involve tapping the screen, or even tapping the ‘auto’ button and sitting back.

That’s why GALAK-Z: Variant Mobile is such a treat. It has everything you’d find in a decent action-RPG in terms of upgrades and currencies and so on, but it doesn’t scrimp on the action. In fact, the combat sections of GALAK-Z: Variant Mobile could easily be a standalone arcade game -- and a pretty great one too. The game is also available on Google Play.

The game consists of 100 story-driven missions, spread across 17 sectors. There’s a nicely illustrated, well-written narrative to follow, though you probably won’t pay too much attention since it’s necessary to go back and replay levels multiple times. It’s hard to hold onto the thread.

Long story short: you’re taking on the Baron and his army.

There are basically two phases to this: battles, and distributing the spoils of battle back on your ship. Whenever you complete a stage you return with Salvage, the main in-game currency. Most of the time you’ll also nab a relic by defeating a boss. These relics need to be decrypted, and they contain Salvage, Fragments, and Crash Coins.

Salvage repairs ships and buys upgrades, Fragments actually create the upgrades, and Crash Coins let you do nifty things like expedite the relic decryption process, come back to life when you’re killed in a mission, and also buy new bots and slots to put them in.

But what are these bots? They’re basically creatures, with four different classes: Tank, Offense, Speed, and Resource. You can level them up by cannibalizing others, and assign them to slots on your craft to increase your strength in different areas.

Those are the basics, but GALAK-Z: Variant Mobile has plenty of details and nuances to its RPG mechanics that we simply don’t have space to cover here.

There’s also a very basic multiplayer component, whereby you can attack other players’ AI controlled defense bots to earn Bot Parts and trophies. Your own bots are also vulnerable to attack, and a global leaderboard lets you keep track of how you’re doing. 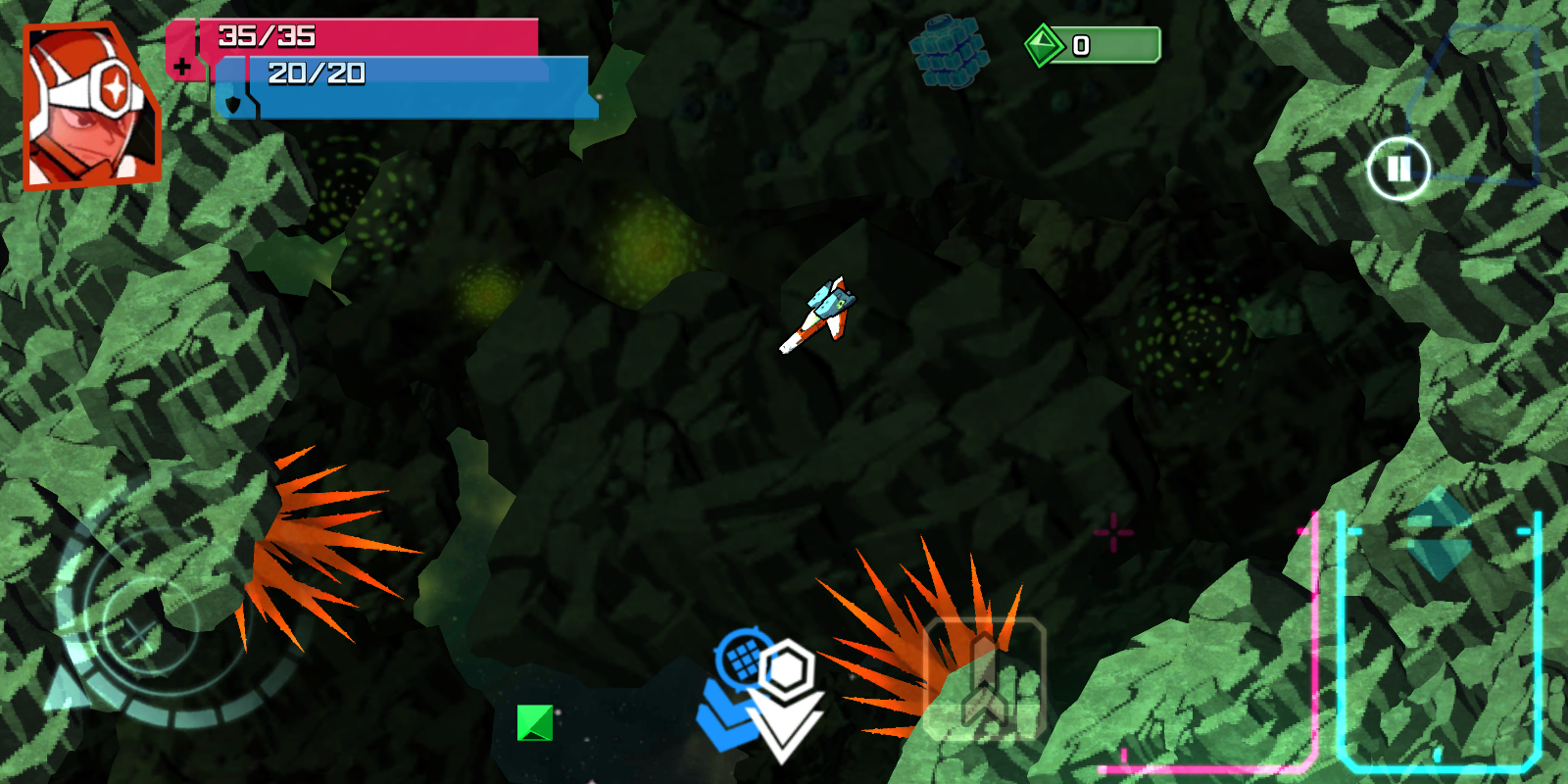 The RPG ecosystem in GALAK-Z: Variant Mobile is rich and well-balanced. Rewards, loot, and other items do not come thick and fast, as they do in other mobile action-RPGs, but that fits with the style of the game.

In contrast with the more casual fare that tends to come to mobile, GALAK-Z: Variant Mobile feels like a traditional arcade game given a coat of cutting edge, arcade-colored paint.

The combat is outstanding, whether you take the mech or the fighter into battle.

The mech is a close-quarters attacker, wielding a giant laser sword and a shield that protects you from head-on attacks. Whenever you lunge with your sword, however, you drop your shield for a moment, making you vulnerable to counterattack.

The fighter is a ranged attacker, firing missiles. You have no shield in the fighter other than the general one that applies to the whole craft. When you take a hit the shield takes damage first. When that’s gone your health starts to suffer, but if you can escape the bullets for a few seconds your shield regenerates.

Both vehicles have special attacks, and each of the environments you fight in is filled with features that can assist or harm you depending on how you use them. Sometimes you’ll come across lakes of lava, or crates full of dynamite, or giant ship-eating worms, any of which can ruin your day -- or your enemy’s.

All this makes combat incredibly tactical and layered. You need to balance assault and retreat, somehow weaving between terrifyingly accurate missiles, using the environment to inflict a bit of extra damage or box your opponents in when you can.

The controls and vehicle physics are tight and intuitive, and it’s totally possible to overcome a difficult level through good old-fashioned arcade skills. There are even juking dodges and reverse movement, giving you huge scope for mastery.

Yes, this is an RPG, and you probably won’t get far without staying on top of levelling and upgrades, but even so GALAK-Z: Variant Mobile is one of the few games in this genre that understand the importance of action in an action-RPG. 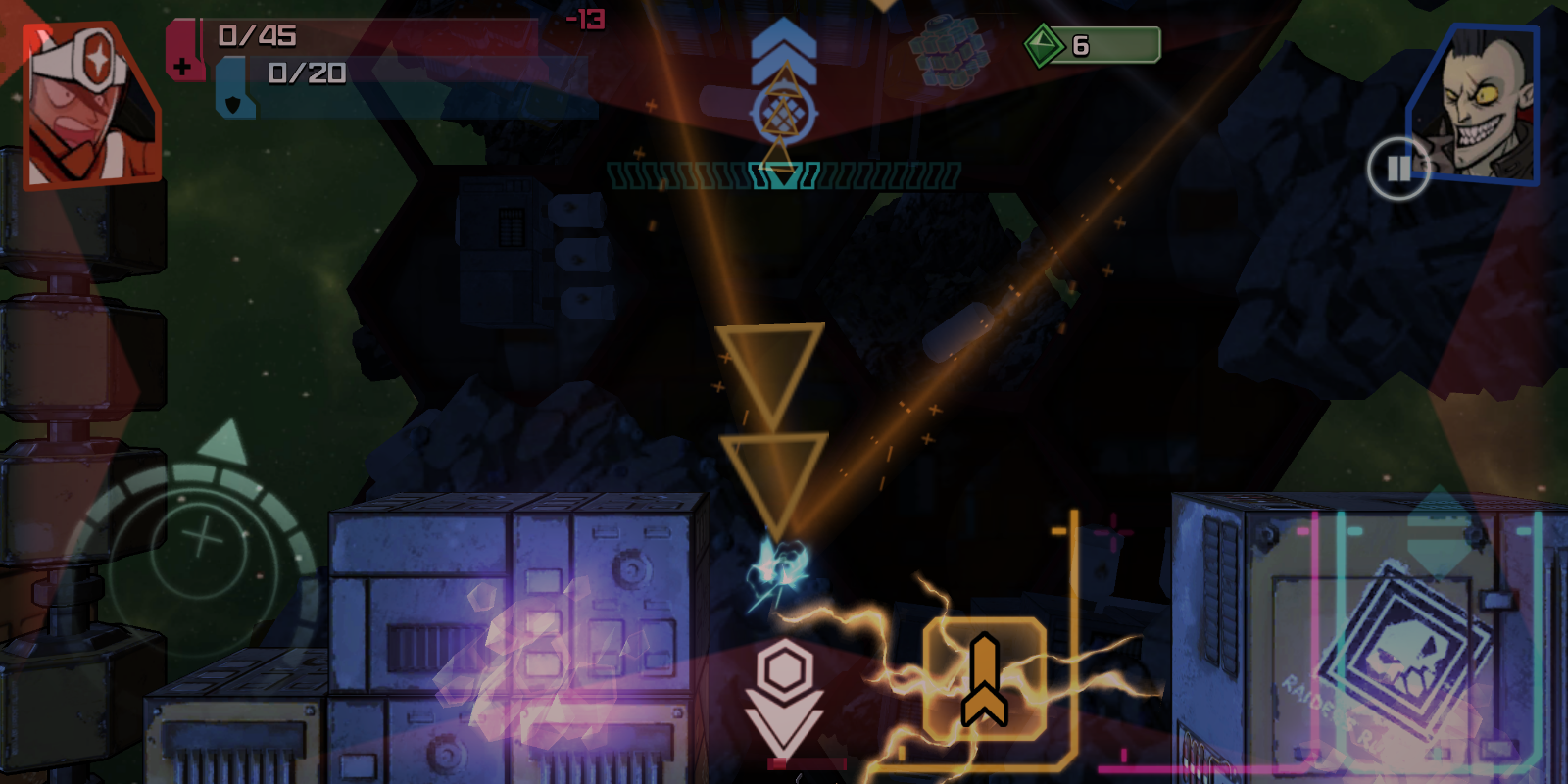 GALAK-Z: Variant Mobile is not an easy game. Whereas many action-RPGs on mobile can be played on an almost absentee basis, with combat sections that play out automatically, this is a game that requires your full attention.

This isn’t likely to be a problem for the core and mid-core gamers the developer clearly has in mind, but if you’re in the market for another mobile action-RPG to romp through on autopilot, GALAK-Z: Variant Mobile may give you a shock.

As you can tell, we like GALAK-Z: Variant Mobile. After years of playing increasingly casual, increasingly automated action-RPGs that emphasize addictive progress mechanics over everything else, it’s a real treat to see those mechanics being used to make a great arcade shooter even better.

There’s not a lot to grumble about. It’s clear that a lot of love and attention has gone into everything from the finely balanced gameplay to the gorgeous Anime-style presentation, slick graphics, and thumping soundtrack. 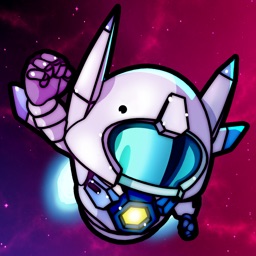