You are using an outdated browser. Please upgrade your browser to improve your experience.
by AppAdvice Staff
December 10, 2021

A glance at any list of the most exciting games coming to mobile will tell you that the line between mobile and PC/console is more blurred than ever.

At the top of any self-respecting list is Apex Legends Mobile, the forthcoming portable spin-off of EA’s hugely popular battle royale shooter. And Diablo Immortal is right up there too, promising a slick smartphone take on the popular action-RPG.

When they hit the app stores they’ll join the likes of PUBG, Call of Duty, and countless other series among the ranks of the multiplatform.

But some games take things a step further, making the leap from multiplatform to cross-platform. Among our favorites are Brawlhalla, the colorful Smash-like from publisher Ubisoft, and Among Us, the innovative social deduction game from Innersloth.

You might be surprised by the list of games that you can play on both mobile and PC/console.

Sure, there’s Hearthstone, the touchscreen-friendly collectible card game based in the Warcraft universe, and Vainglory, the popular MOBA that started life on mobile before expanding to PC and Mac. Those are the obvious ones.

Genshin Impact is another well-known example, launching on pretty much every platform simultaneously before going on to take over the entire world last year. And then there’s Roblox, of course, the giant user-created sandbox beloved by children the world over, whether they’re playing on computer or smartphone.

But did you know that Fortnite is a fully cross-platform game? That’s right – while you’re romping around on Athena on your PS4 or Switch you’re up against opponents on their smartphones, sitting at the back of the bus, cranking up no scope shots like a pro. If you’re looking to grab these games on the PC, the best way to do it is via Gamecamp too.

So, whatever your poison, there are ample opportunities out there to meet, and be mercilessly schooled by, every type of gamer on every platform. 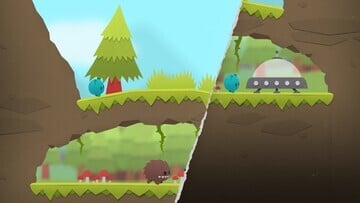 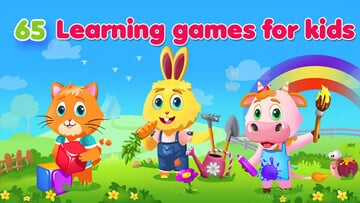