You are using an outdated browser. Please upgrade your browser to improve your experience.
by AppAdvice Staff
June 18, 2019

We love the Hello Hero games. When you’ve played as many Korean mobile RPGs as we have, you savor variety like a desert flower savors the rain. Hello Hero introduces a huge amount of variety to an often parched genre.

And now we have Hello Hero All Stars, a natural progression in the ever-expanding Hello Hero universe. As its title suggests, this sequel brings together “all” the “stars” of the previous games, reuniting you with your favorite monsters.

Hello Hero struck a chord with players when it first hit the app stores because it was different from everything else. While most RPGs focus on killing monsters and forgetting about them, Hello Hero’s story campaign sees you rescuing heroes on your adventure and adding them to your squad.

It’s a cheering twist on the formula, turning a killfest into a friendfest. And who doesn’t like friends?

And that’s not the only way that Hello Hero distinguished itself from other mobile RPGs. It looks completely different too, with charming cartoon visuals and a generally cuddly aesthetic.

Naturally, Hello Hero All Stars improves on its two predecessors in every way, by allowing you to grow and manage your heroes through an innovative coordinate lock system. It’s not the catchiest name in the world, but it basically helps you to earn the maximum rewards and it’s available in several modes across the game.

It effectively asks you to have a target destination – and you need to match your cursor so that it reaches that target. Each hero also has an indicated direction and number of moves to reach it.

There are hundreds of heroes to recruit in this latest addition to the franchise, and each one has its own personality and look. If you’ve ever played Pokemon GO you’ll know that this inevitably injects a dose of competition, since you’ll be racing your friends to assemble the biggest army.

The good news is that you won’t have to be stuck at the coalface of your smartphone to achieve this, since the game lets you make progress even when it’s not running. Hello Hero All Stars is the ultimate casual RPG.

Play it right now on the App Store and Google Play. 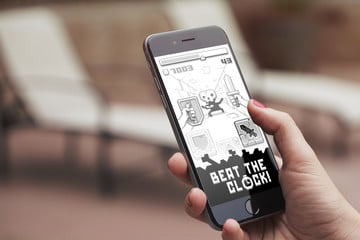 Get Ready for Fast-Paced, Dungeon Crawling Fun in Sprint RPG 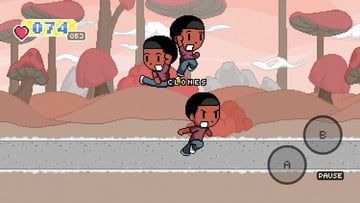 Adventures of Kidd is Full of Retro Brawling Action