You are using an outdated browser. Please upgrade your browser to improve your experience.
by AppAdvice Staff
August 9, 2022

The third entry in the The House of Da Vinci series has landed, and it’s somehow lived up to sky high expectations.

A lot has changed in mobile gaming since the first title in the franchise came out though, so we took the chance to chat to the developer’s CEO Martin Pavelek about the game laughing at last and how it’s managed to build on the foundations of its predecessors.

Hi Martin! So The House of Da Vinci 3 is finally here, is it exactly what you hoped it would be?

Absolutely! Our fans are thrilled about the new release and the excitement has fully saturated into everyone in our team. The story deserved a grand finale and we feel honoured that we’ve been able to deliver. The average rating of about 4.9/5 from the first couple of thousands players left us all speechless.

What is unique about The House of Da Vinci 3 compared to its predecessors?

We wanted to make the grand finale truly ‘grand’ in every aspect. Every inch of the game was created with even more attention to detail than before, the game has a lot more cut scenes, dialogues, animations and the graphics are absolutely stunning as we’ve expanded our graphics department considerably. This time, we have also cooperated with a well-known ‘electro-medieval’ band Qntal and used some of their music in the game which is a great fit for the game atmosphere.

What were your team’s main influences when developing the game?

Without any doubt, it was the time frame in which the game takes place. The Renaissance is one of the most beautiful and fascinating periods in history—one that has shaped the whole western world in such fields as architecture, art and inventions. We’ve tried to bring this very atmosphere to the game. Players will enter the pope’s palace, walk the narrow streets of Rome and wander around the mysterious Caste Del Monte. We have visited many of these locations personally and thanks to it we’ve been able to recreate it in a stunning and genuine way to keep players hooked.

Is The House of Da Vinci 3 a game that anyone can pick up and play—or do you have to have played the previous two entries?

It’s definitely pick up and play. Personally I would recommend starting with The House of Da Vinci 3, moving to the first and second part and replaying the grand finale again. This way you’ll play the most recent game first, but you’ll also be able to enjoy the story behind the trilogy and the world’s most appreciated inventor Leonardo da Vinci.

What tips do you have for people playing The House of Da Vinci 3?

Borrowing a phrase directly from the game, “with sharp wits and an open mind, you will prevail.” And definitely add some patience.

The House of Da Vinci 3 is a premium paid title in a free to play dominated marketplace—what are your reasons for this pricing decision?

There are several reasons. From the player’s point of view, The House of Da Vinci is a type of game where you don’t want to be disturbed and bothered by ads popping up from every side of your screen. It has a delicate atmosphere and you need to be 100% focused to solve each of many 3D puzzles and riddles. Forget about ads, stop being reminded to “upgrade to pro” version and so on—sit back and enjoy your trip to 16th Century.

Is there controller support for the game?

The best controller for playing the game is actually your finger. You use it to navigate through beautiful environments and to solve 3D puzzles, build complex mechanisms and even travel in time. The game will also work with Apple Pencil or similar devices and of course the whole The House of Da Vinci series has mouse support for PC/Mac versions.

Once you completed the first The House of Da Vinci did you anticipate it becoming a trilogy?

We always knew there were going to be more instalments and we were determined to tell the rest of the story as we owed it to millions of players around the world. At the end of the day it was quite hard to divide the story into just three games, but we feel that it’s time to move on now.

What are you most proud of about the game?

We’re happy to finish the series in a way that we have always wanted to. The audiovisual quality is something we’re particularly proud of—everything is so detailed and it just clicks together in a way that players really appreciate. Last but not least we’re proud of every member of the Blue Brain Games team. Everybody gave their best to make the grand finale the best part of The House of Da Vinci puzzle trilogy. We truly hope the community will agree with us.

Why do your team find Leonardo da Vinci and the Renaissance world so fascinating, and why does it work so well when put into your games?

From the very beginning, we set out to create a puzzle game that was built around an adventure story, mystery and an interesting persona that we can all know and can somehow relate to. Leonardo da Vinci and Renaissance seemed like the perfect fit.

Do you have anything planned in terms of future updates for the game, and if so, can you give us any details of what these might include?

Over the last two years, we have expanded our team significantly and we’re not done here—on the contrary, we’re ready for the next adventures. Make sure to follow us on social media or subscribe to our occasional newsletter on thehouseofdavinci.com.

Like what you’ve read above? You can find The House of Da Vinci 3 on the App Store right now. 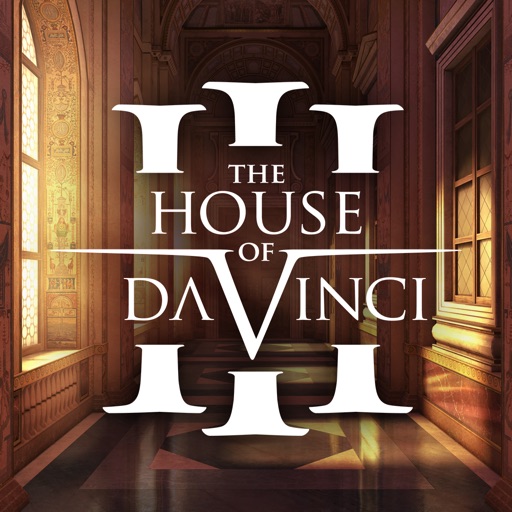 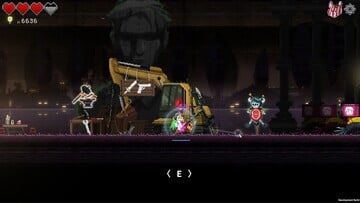 Get Hungry For Action in the Side-Scrolling RPG Dungeon Munchies 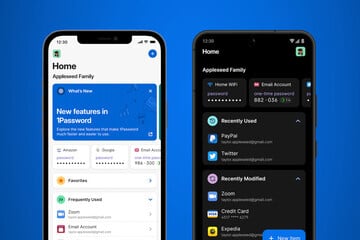