You are using an outdated browser. Please upgrade your browser to improve your experience.
Apple Rumors
by Bryan M. Wolfe
July 10, 2017

Apple has weeks to resolve its continuing Touch ID issues on the “iPhone 8” or come up with an alternative solution, according to KeyBanc Capital Markets analyst Andy Hargreaves via Barron’s.

As we’ve reported numerous times in recent months, Apple has been trying to successfully embed Touch ID into the iPhone’s 8 new OLED display. Unfortunately, they have been unable to do so.

Because of this, Hargreaves notes, “This increases the potential that the new OLED iPhone could be delayed, or ship without a fingerprint sensor, either of which could increase risk to unit sales and mix for the cycle.”

At this point, the analyst suggests Apple has until August to place the orders for the required Touch ID chips or plan on releasing the iPhone without fingerprint capabilities. They could also elect to delay the release of the phone until they resolve the sensor issue:

If Apple is able to solve its fingerprint problems and place orders for fingerprint ICs before August, it would likely be able to reach volume production in late October or early November. We believe this remains Apple’s preferred path, and expect it would be acceptable to both consumers and investors. It is entirely unclear if Apple will be able to fix the problem in this time frame.

This report is the third in the past seven days to suggest Apple might be forced to rethink its plans for Touch ID on the company’s 10th-anniversary device.

The latest batch of iPhone rumors began on July 3 with KGI’s Ming-Chi Kuo offering 10 predictions about Apple’s 2017 iPhone lineup. Among his predictions: The new device’s virtual Home button won’t support fingerprint recognition. Instead, the iPhone will include 3-D sensing for facial recognition and “improved selfie quality.”

A few days later, master leaker Benjamin Geskin took to Twitter and published a series of images purportedly showing Touch ID on the back of the display.

I can’t see Apple removing Touch ID on the upcoming 5.8-inch iPhone 8. Doing so would eliminate Apple Pay capabilities on the phone, which I just can’t see happening. Instead, I expect we’ll see Touch ID embedded into the device’s display or see it placed on the back of the device.

Where do you think Apple will locate Touch ID on the iPhone 8? Let us know your thoughts below.

Where do you see Apple placing Touch ID on the 5.8-inch iPhone 8? 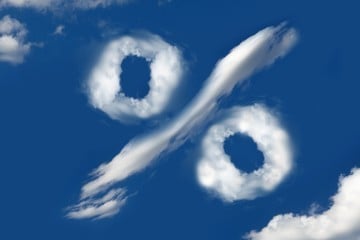 Not Everything on Amazon Prime Day is Really on Sale