You are using an outdated browser. Please upgrade your browser to improve your experience.
by Brent Dirks
May 11, 2018

Any fan of casual arcade games should definitely enjoy Super Doggo Snack Time. As you could probably guess by the name, you’ll be leading a cute puppy to food.

Taking inspiration from virtual videos of dogs who fail to catch treats tossed to them, gamers will need to help their canine friend catch as much good possible that’s falling from the table. The longer you hold the screen, the wider Doggo’s mouth opens.

Some of the food you’ll try to be catching includes pizza, apples, hotdogs, watermelons, hamburgers, ice creams, and dog bones. Just make sure to avoid the broccoli.

You don’t need an Internet connection to play, and the game is perfect for all ages. While playing, you can unlock 75 different types of swag for Doggo including a Taco Hat, Shutter Shades, and More.

While earning achievements, you can also battle against friends to see who can get higher on the leaderboard.

Super Doggo Snack Time is designed for both the iPhone and all iPad models. It can be downloaded now on the App Store for free.

With a fun new twist on the usual arcade game, Super Doggo Snack Time is a fun an exciting way for any age to spend a few minutes gaming.

You don’t need an Internet connection to play, and the game is perfect for all ages. 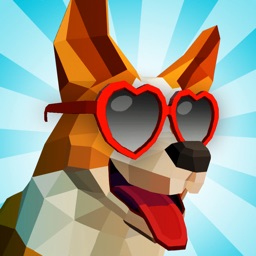 Super Doggo Snack Time
Fiveamp
Nothing found :(
Try something else