You are using an outdated browser. Please upgrade your browser to improve your experience.
by Brent Dirks
September 4, 2019

The combination of LEGO and Star Wars makes for great gaming. And that partnersrship will continue with the recently announced LEGO Star Wars Battles that will land on the App Store in 2020.

In the action-strategy card game, you’ll be able to mix and match characters and vehicles from different eras of the Star Wars universe to compete in real-time, one-on-one multiplayer battles.

Combing the different characters and vehicles, you’ll create a deck or light side or dark side forces to battle against another player. During battle, you’ll reply troops and build LEGO towers to defend and capture territory. The ultimate goal is to destroy the other player’s base.

Star Wars fans should be happy to hear that the game will feature content from all nine films, Star Wars: The Clone Wars, and Rogue One: A Star Wars Story. Some of the characters include Luke Skywalker, Rey, Obi-Wan Kenobi, Boba Fett, Darth Vader, and even the Porgs. Vehicles will include AT-ATs, TIE bombers, and the Millennium Falcon.

As gamers continue to level up, they’ll unlock different arenas based on famous locations like Scarif, Naboo, Hoth, and Endor.

The game will be free to download with in-app purchases.

It’s Time to Hit the Slopes and Get Stomped 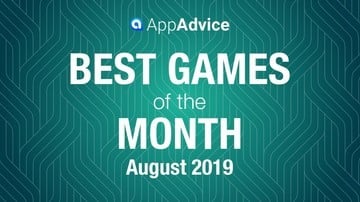