You are using an outdated browser. Please upgrade your browser to improve your experience.
by Brent Dirks
January 4, 2019

The mobile strategy MMO genre has been thriving ever since 2012, when Supercell’s Clash of Clans burst onto the scene. 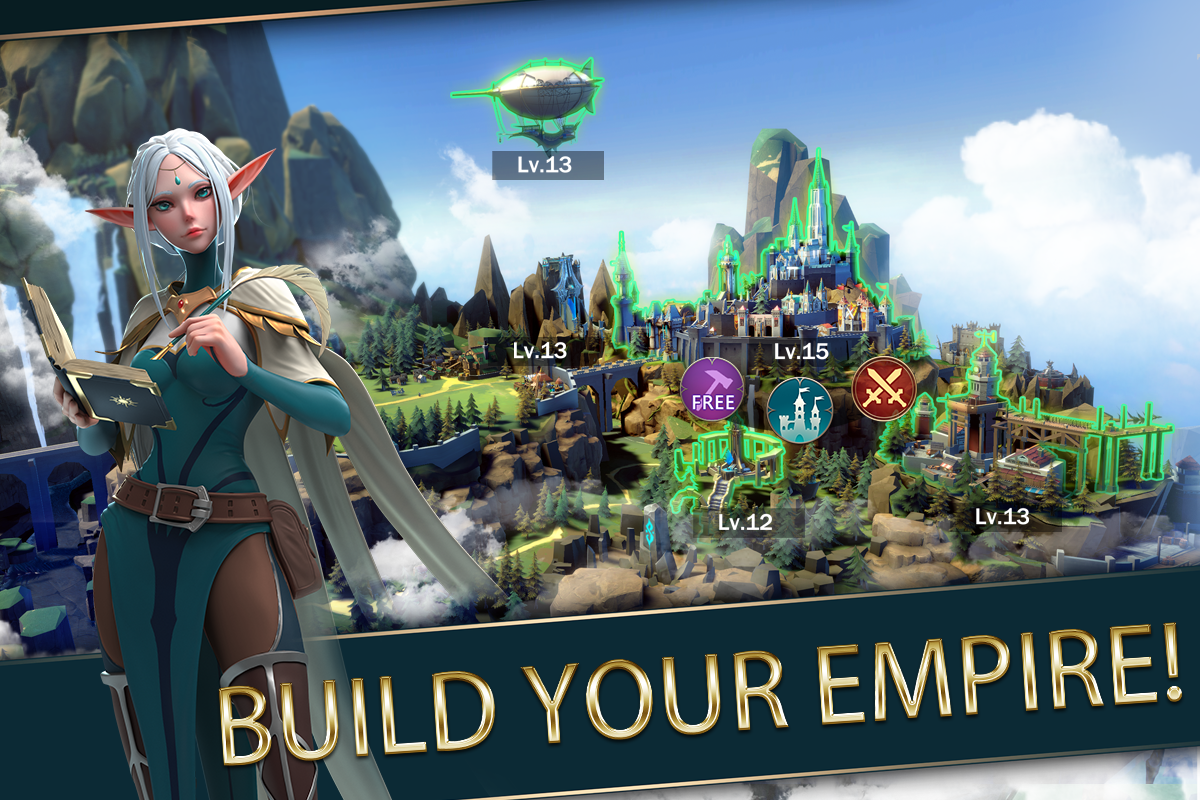 Since then, developer IGG has specialized in perfecting the strategy MMO genre, with games such as Lords Mobile and Clash of Lords dominating the app store charts thanks to their professional sheen (and canny choice of names).

Despite appearances, Mobile Royale is not a battle royale game. Instead, it follows the strategy MMO formula pretty closely. That means it involves building up a city by adding and upgrading buildings, while also venturing out to fight for the resources and experience you’ll need if you want to dominate the game world.

Unsurprisingly, Mobile Royale has a fantasy setting, which means you’ll come across elves, humans, dwarves, beasts, dragons, monsters magic, and so on as you romp your way through the single-player campaign.

The dragon is a particular point of interest. This magical beast has apparently taken a shine to you, which means it’s prepared not only to smite your enemies during battle but also to help you at home by bestowing boosts on your city-building efforts. 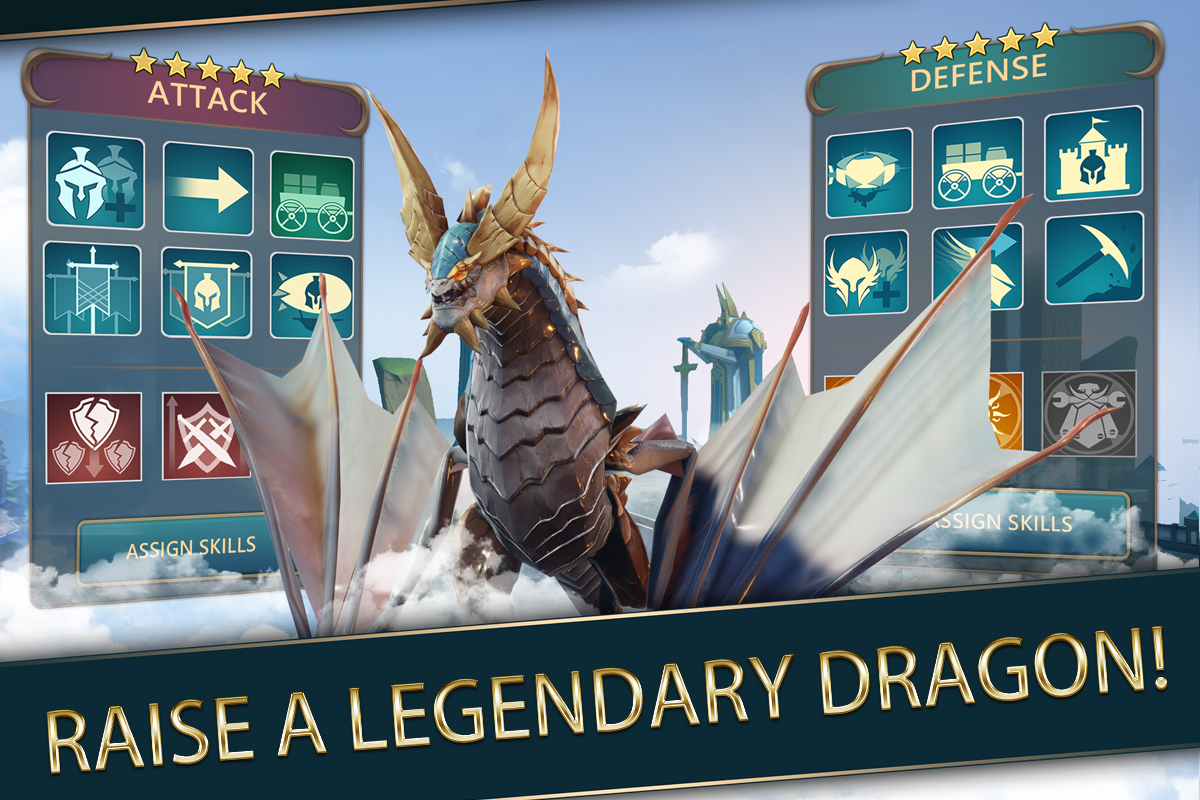 As you’d expect from a studio with IGG’s clout, Mobile Royale looks terrific, from the impressive introductory cut-scene featuring a Kratos-like warrior to your city, which is spread out across a lush cloud-draped mountainscape, giving you an impressive area to scroll around and zoom in and out of.

The battles are distinctive in themselves. Rather than moving through stages with a party of heroes you engage in full scale battles, with rows of infantry charging up the screen in block formation.

Before each battle you can examine your opponent’s army to inform your own tactics. There are three different troop types, each effective against one of the others and relatively ineffective against another. Think rock-paper-scissors, with your three brigades hopefully outranking your enemy’s.

On top of that you get additional effects for sending more than one brigade of the same kind into battle. These include Shield Wall, Charge, and Barrage. Since three brigades is the maximum number you can send into battle, you have to go without a unit type if you want to make use of a bonus effect, lending the game an extra tactical dimension.

You have a relatively high degree of control during battles, too. Each hero on the battlefield (you can have up to four) has a spirit bar that charges as you fight. One a bar is full you can unleash that hero’s skill, aiming it by tapping and dragging. You can also choose when to deploy your dragon and, of course, your brigade effect.

Naturally, you spend the many spoils of war on upgrading your city, buying new buildings and levelling them up. On top of that you need to summon and upgrade heroes, trade with other players, hunt monsters, occupy villages, and so on. There’s always plenty to do in Mobile Royale.

The mission system gives you a rational path through this abundance of activities, prompting you to do the things you need to do to keep your forces and your city ticking along and winning battles.

All of that will be familiar to anyone who has played any one of the countless strategy MMOs that have hit the app stores in the last few years. Mobile Royale sticks to the formula in most regards, but it brings new features too, and 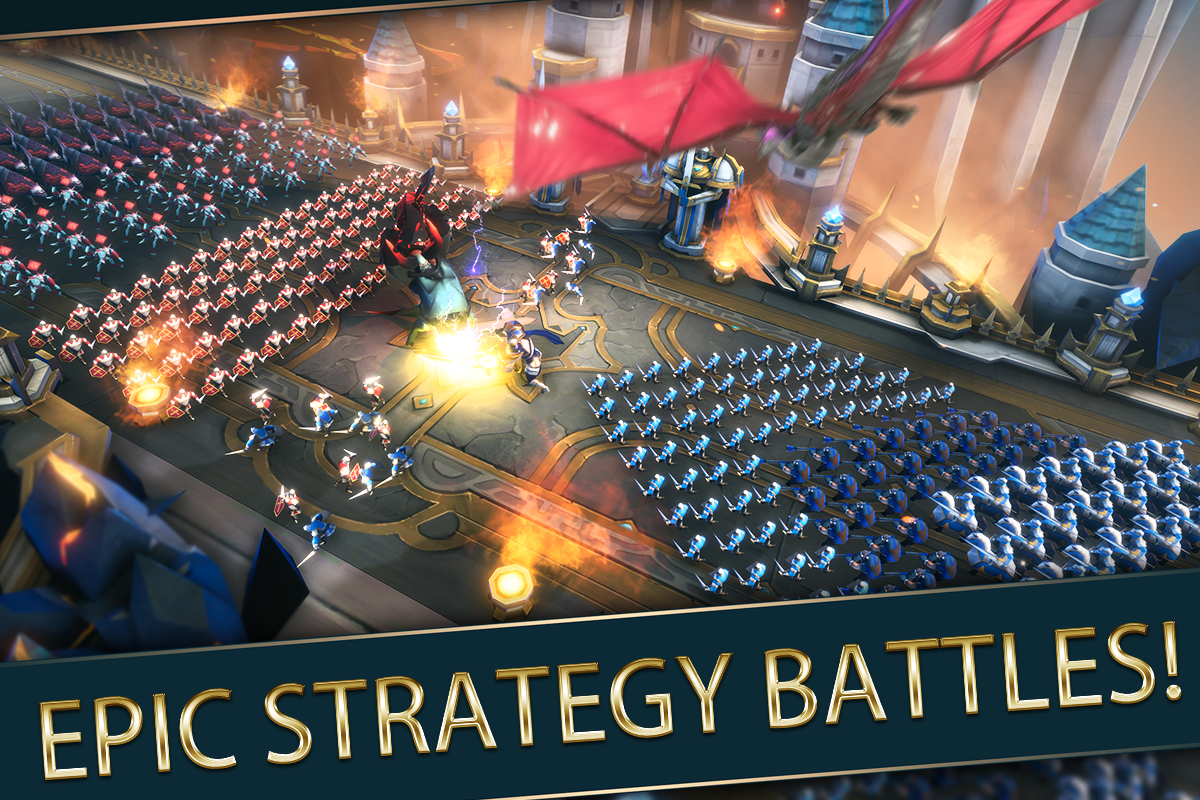 The only real issue with Mobile Royale is that it won’t be winning over anybody who isn’t already an MMO fan. Although it’s polished and has stacks of features it doesn’t particularly do anything hugely different to other titles in the genre - but that could well be seen as a plus for those who are just looking for another MMO to sink some hours into.

If you’re looking for a new strategy MMO to fill the hours, Mobile Royale is up there with the best of them. 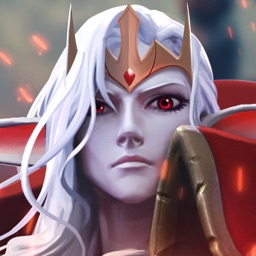 Mobile Royale: Kingdom Defense
IGG.COM
Nothing found :(
Try something else