You are using an outdated browser. Please upgrade your browser to improve your experience.
Apple Rumors
by Bryan M. Wolfe
July 31, 2017

Uncovering the names of future Apple devices is harder than before thanks to new rules.

Apple fans like speculating about future products. Some have taken it a step further and have visited trademark offices around the world trying to figure out the official name for new gadgets such as the “iPhone 8.” Those adventures are coming to an end, however, according to Bloomberg.

As Bloomberg explains, companies like Apple, Google, and Amazon have long registered new product names in foreign countries without searchable trademark databases. The U.S. Trademark Act allows businesses to apply for a trademark in one country and still receive registration priority in the U.S. The only rule is that the U.S. filing must occur within six months of the original, foreign filing data.

Of the 177 countries that comply with U.S. rules, 66 lack online trademark databases. These include Trinidad and Tobago, Barbados, Peru and Jamaica. The latter has become a favorite hiding place for companies such as Apple.

Until recently, you could visit the Intellectual Property Office in Jamaica and pay $1.17 to print trademark applications.

In 2016, for example, Dublin, Ireland-based attorney Brian Conroy paid a Jamaican law firm hundreds of dollars to search the trademark office’s on-site computers. In doing so, he was able to uncover the names for Apple’s current handsets, the iPhone 7 and iPhone 7 Plus. He also found documentation on Apple AirPods and Touch Bar.

You can no longer search for ‘any applications filed by Apple in the last X months which is what you really need to do to find trademarks for products which don’t yet exist and which we don’t know the name of.

The upcoming 5.8-inch iPhone 8 is likely to be announced in September or October. The handset could be called the iPhone 8, iPhone Edition, iPhone X, or simply iPhone.

What would you like to see the next iPhone called? Let us know below.

What would you like to see the next iPhone called? 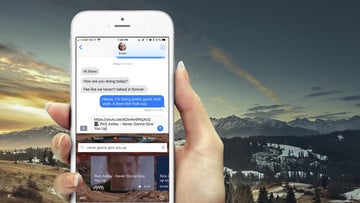 Google's Gboard Has Everything You Want in a Keyboard and More