You’re reading an article and you encounter a word you don’t know the meaning of, say, “verisimilitude” or “vicissitude.” Do you then crack open your dust-gathering dictionary to look up the word’s meaning? No, of course not. Do you search for it on your iPhone, iPod touch, or iPad using a dictionary app like the official iOS app of Dictionary.com or Merriam-Webster? You may. But the thing is, you really don’t have to. That’s because your iOS device already has built-in tools that you can use whenever you want to look something up and word up.

In this day and age, when reference books have been virtually superseded by online information sources, it has become instinctual for people to use Google or another search engine to look up the meaning of a word. And on iOS, you don’t even have to install the official iOS app of Google, Bing, or whatever your favorite search engine is. You can simply search using the built-in Web browser on iOS, Safari.

Just open the Safari app, tap the search bar, type the word in question followed by “define” or “meaning,” and press Go. Et voilà! Safari then loads the results page with the word’s dictionary definition displayed at the top and with clear formatting to boot. 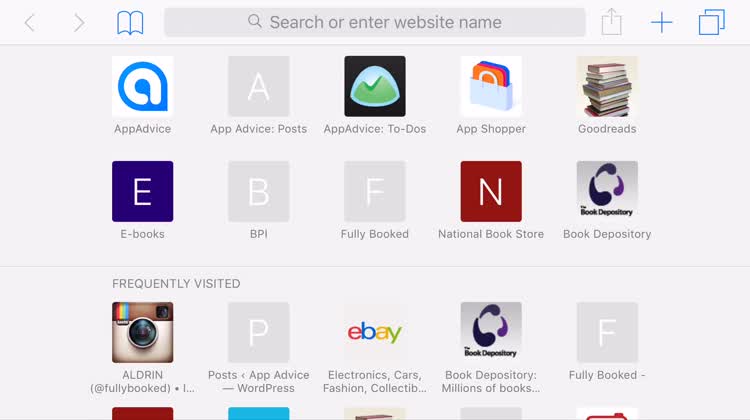 You can also search straight from the home screen. Just swipe down on the home screen (or go to the leftmost page of the home screen), type the word in question followed by “define” or “meaning,” and tap Search Web to open Safari with the search results already loaded. 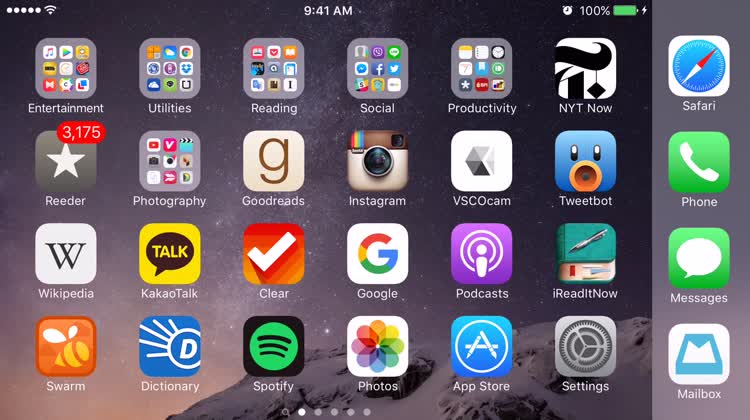 Search for the meaning of a word right from the home screen.

Google is the default search engine used in Safari. If you wish to use Yahoo, Bing, or DuckDuckGo instead, open the Settings app, select Safari, select Search Engine, and choose your desired search engine. 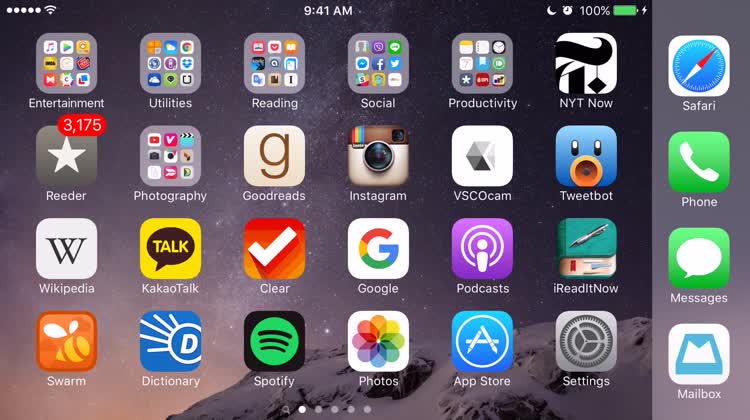 Choose the search engine you want to use with Safari. 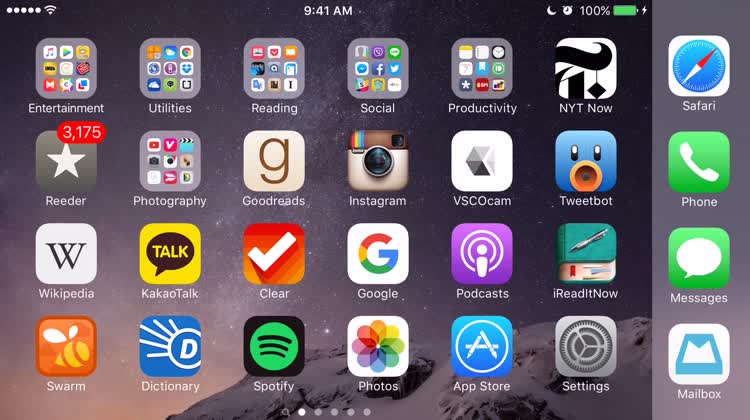 "Siri, what is the meaning of myriad?"

But what if the word you wish to be defined sounds exactly like another word? Well, in the case of homophones, or words with the same pronunciation but different spellings and meanings (such as “pain” and “pane”), Siri conveniently includes a “Did you mean” section where you can tap the word you mean to be defined in the first place. 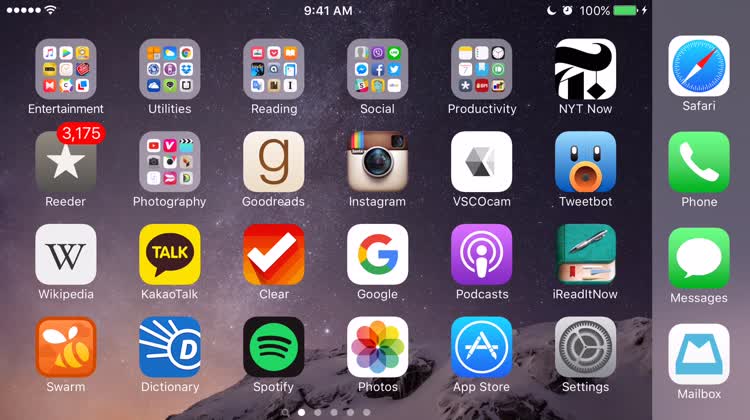 Of course, speaking your instructions clearly helps Siri a lot in coming up with the correct definitions. But in the event that Siri mishears your command, you can just tap to edit your transcribed instruction and press Done to have Siri redo its dictionary lookup. 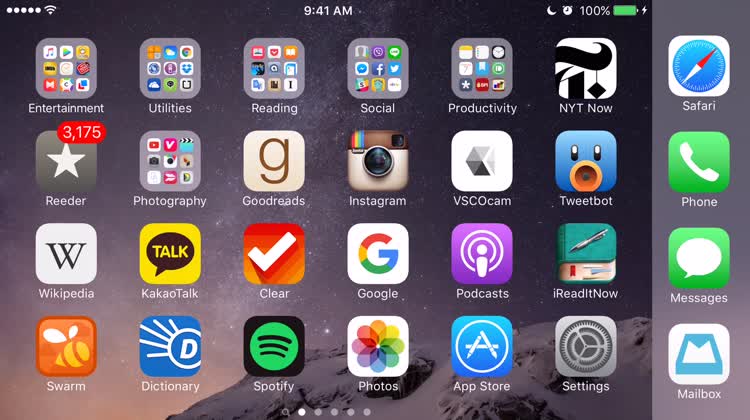 "Siri, I'll go ahead and type 'scuffle' instead of 'shuffle.'"

Here’s a Siri Easter egg slash food for thought: Try asking “What is the meaning of life?” 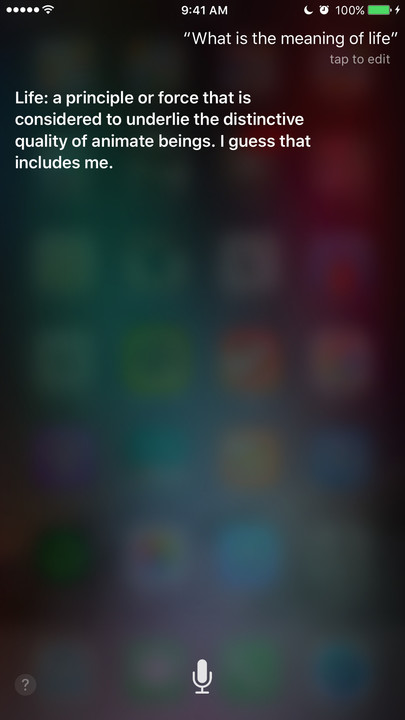 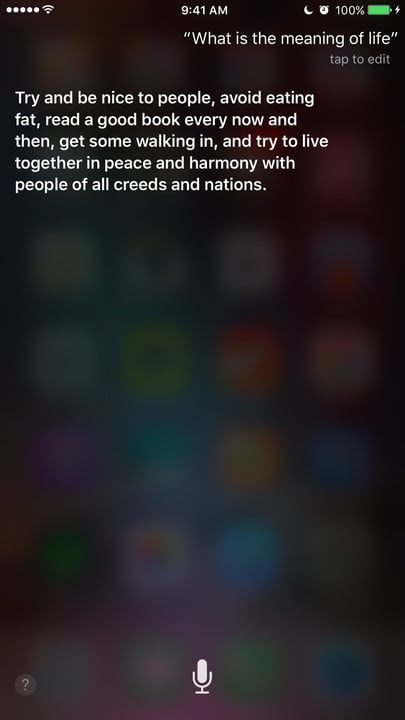 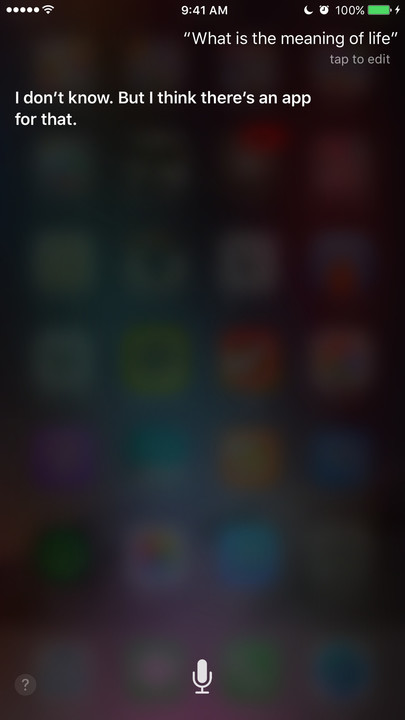 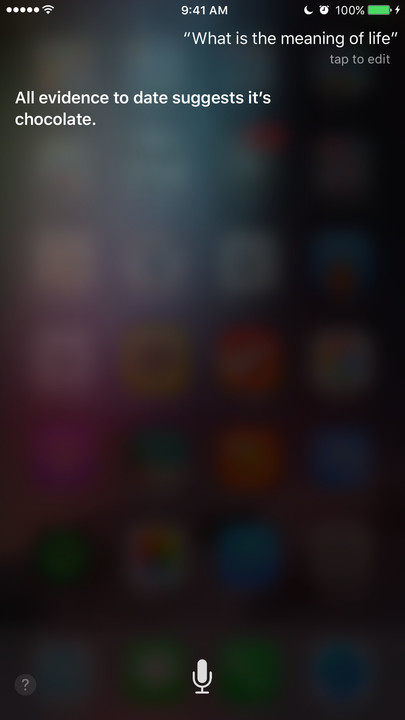 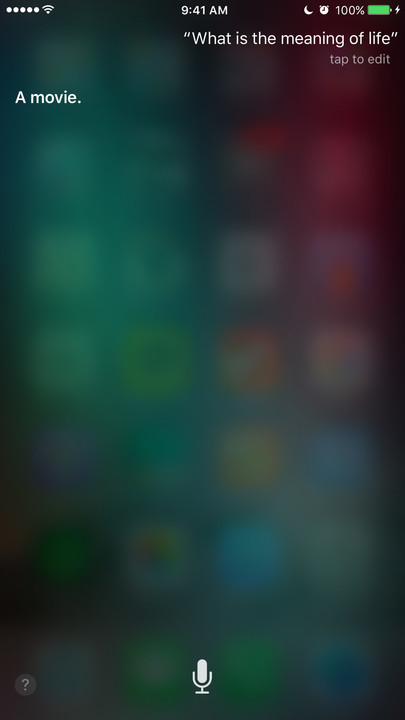 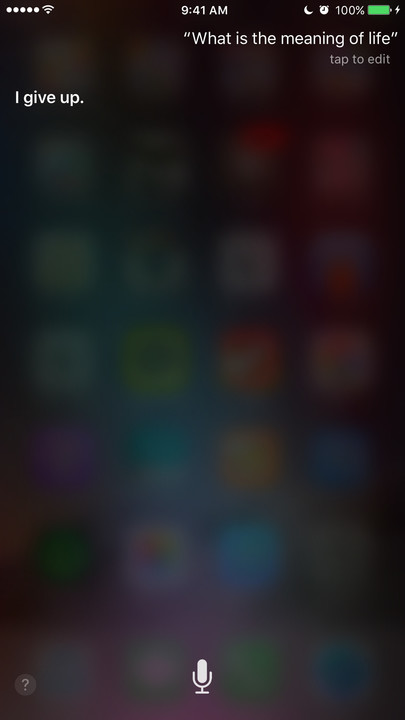 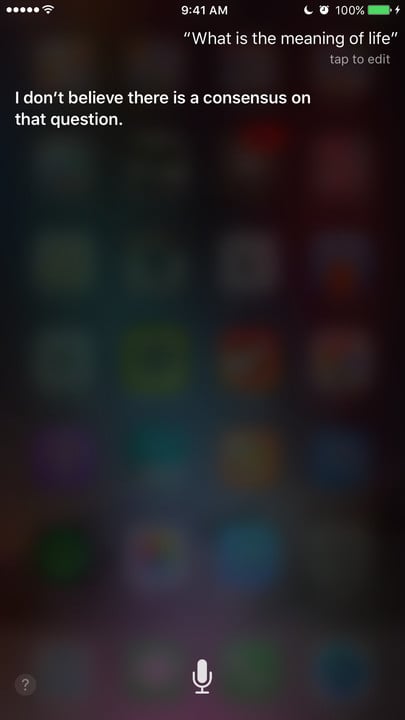 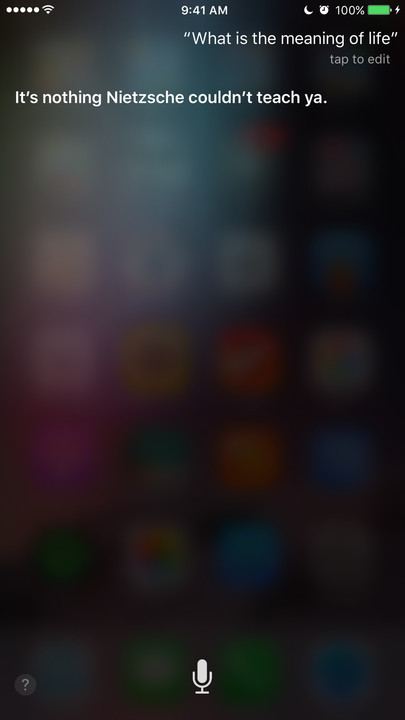 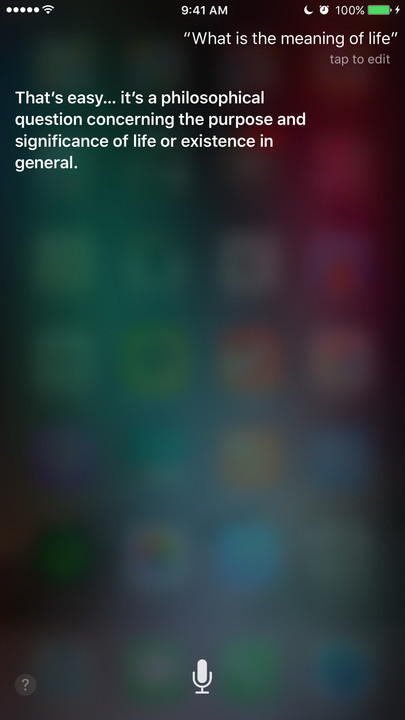 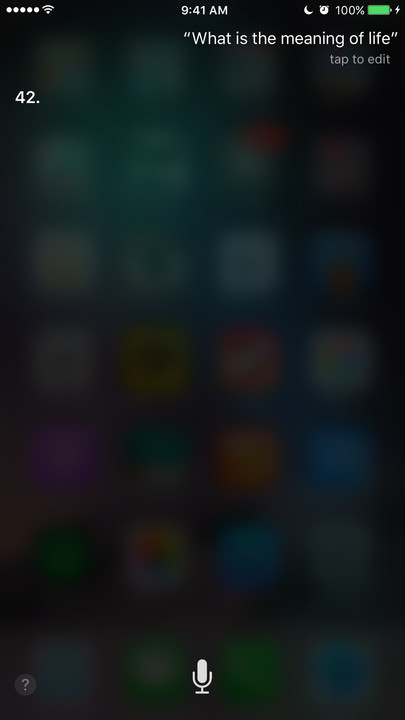 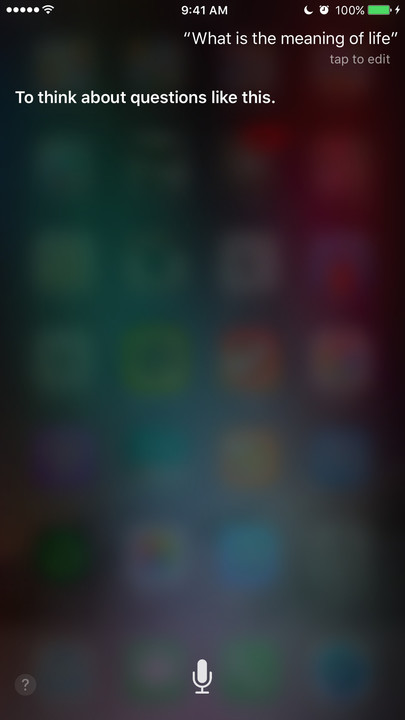 Using Safari or Siri is a quick and easy way for looking up word definitions. But there’s an even quicker and easier way that’s baked right into iOS. What’s more, unlike Safari and Siri, it doesn’t require an Internet connection after its initial setup for it to function. And this is by using iOS’ built-in dictionary.

Apple originally implemented a built-in dictionary in iBooks, which was launched as part of iOS 4. Then, with the arrival of iOS 5, Apple upgraded it to be available systemwide.

Ever since then, it has allowed users to quickly define a word virtually anywhere on iOS, almost regardless of the app you’re in, by selecting the word and tapping the Define option in the contextual menu. This means that you can define a word immediately after encountering it on the screen — be it on a webpage, in an email, in a text message, in a note, in an e-book, or in an article — so long as the app you’re in allows you to select the text.

If it’s your first time to use the Define option in the contextual menu on your iOS device, chances are you’ll be seeing the message “No definition found.” This could just mean that the word you selected is not in the dictionary. But it’s more likely that your iOS device doesn’t yet have an installed dictionary to begin with.

In that case, you first have to install a source dictionary onto your device’s built-in dictionary lookup tool using iOS’ dictionary management feature, which has been available since iOS 7. And to do so, you just need to follow these steps. 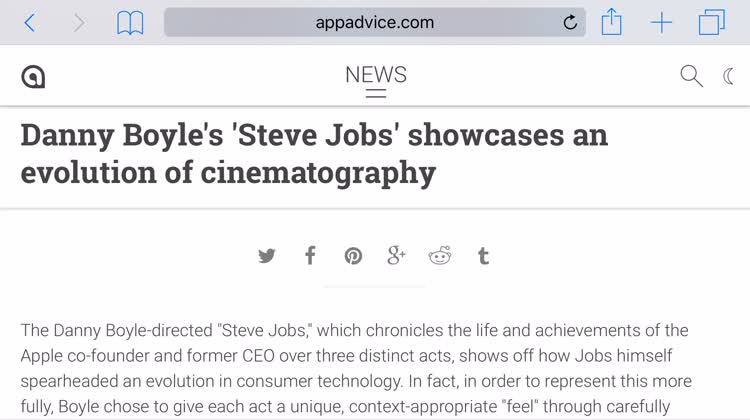 Here's how to set up the built-in dictionary on iOS.

Select any word in any app and tap Define in the contextual menu.

The dictionary lookup screen will then be brought up. Tap Manage (located at the bottom left corner).

The list of available dictionaries will then appear. Tap the cloud icon beside your preferred dictionary to install it.

You can install as many dictionaries as you like. Available dictionaries include monolingual and bilingual dictionaries for English and several foreign languages. There’s also a dictionary dedicated to Apple-related terms.

Tap the back button or swipe to go back, and tap Done (located at the top right corner).

Congratulations! Your iOS device now has a systemwide offline dictionary that you can bring up to look up definitions just by selecting text and tapping Define in the contextual menu. You can even type a word in any text field (as in the Messages or Notes app), select it, and tap Define to know its meaning. 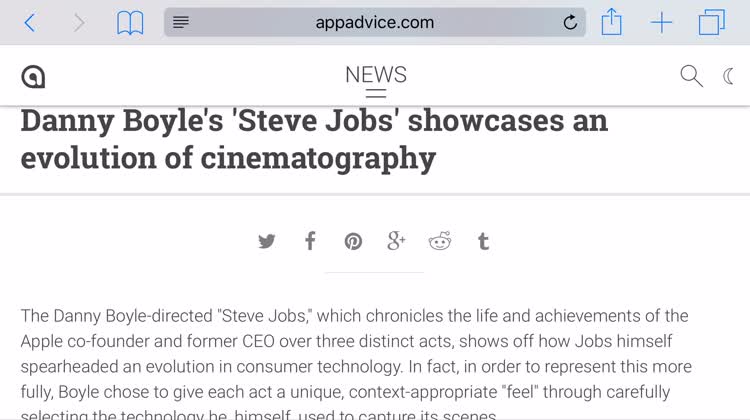 The definition of "quick and easy."

If your selected text has more than one definition across different installed dictionaries, the definitions are displayed with their respective sources duly indicated. Just tap a definition to read it in full. 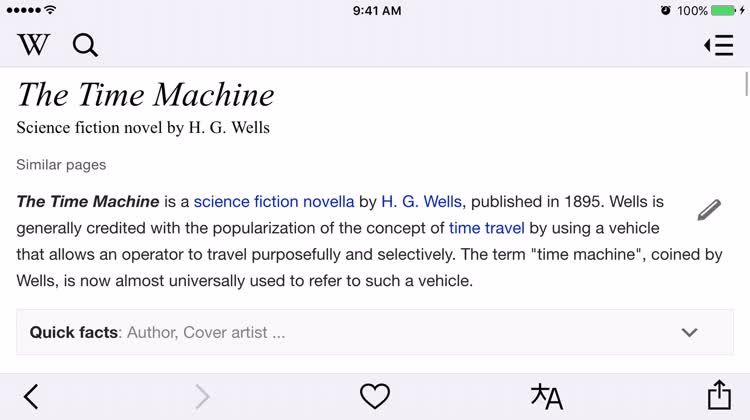 Check definitions across your installed dictionaries. 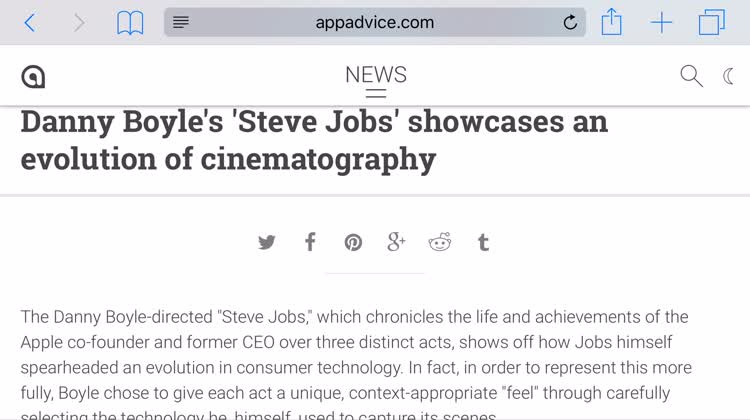 In case you’re not satisfied with the definition provided by iOS’ dictionary, you can just tap Search Web at the bottom right corner of the dictionary lookup screen to launch Safari and perform a Web search for the selected text using Google or your chosen search engine. 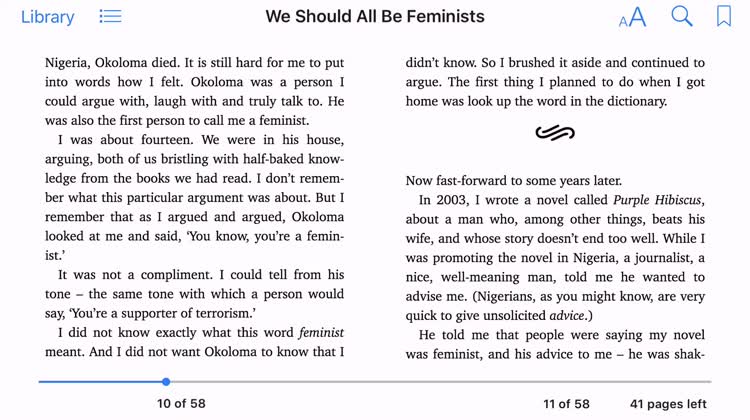 Do a Web search straight from iOS' built-in dictionary.

Unlike most other standalone dictionary apps, iOS’ built-in dictionary lookup tools lack such auxiliary features as autosuggestion, thesaurus, and word of the day. But if it’s simple on-the-fly word definition you’re after, they’re more than enough to get the job done quickly and easily. And they could mean at least one fewer app to download to your iOS device. 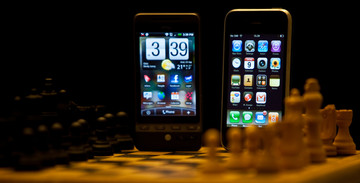 Recently Switch From Android or Have a Friend Who Is Considering?