You are using an outdated browser. Please upgrade your browser to improve your experience.
by Christine Chan
October 31, 2017

Nory's Escape ($0.99) by Christoph Schnackenberg is an auto-runner game that is perfect for Halloween, or any time of the year really. If you enjoyed games like Dragon Hills 2 or even Canabalt, then you'll like Nory's Escape.

Halloween is definitely one of my favorite times of the year, followed by Christmas ("The Nightmare Before Christmas" is one of my favorite movies). Just something about all of the spooky and eerie stuff gets me excited and happy. Personally, I think this stuff is fitting for the entire year, but I digress. So when I see hauntingly-themed games on the App Store, I can't help but be drawn to them. And today, Nory's Escape is a new favorite to pass the time with. 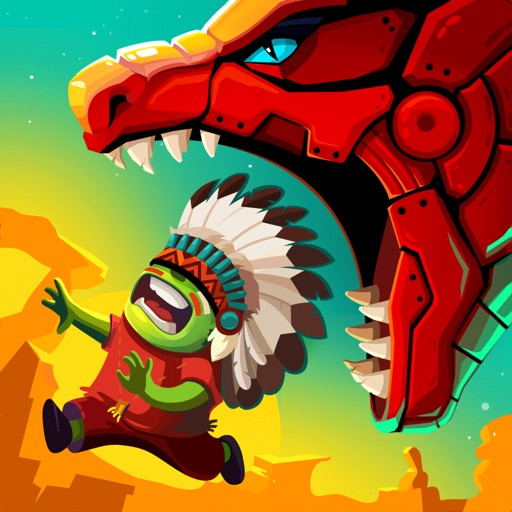 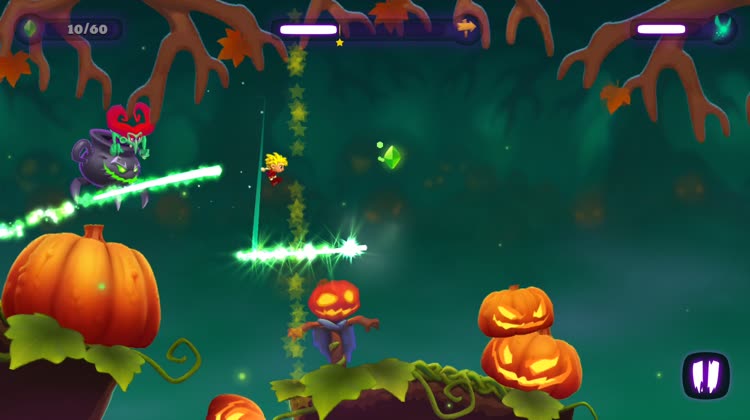 Visually, Nory's Escape is beautiful with a 2.5D aesthetic that makes things pop. Everything is hand-drawn and it definitely shows. It's a pseudo-3D effect because while the graphics appear rendered in 3D, the game takes place on what appears to be a 2D plane, with blurry backgrounds and sharp foregrounds. The environments in Nory's Escape are gorgeous with the various Halloween-related decor like jack-o-lanterns, spooky vines, giant mushrooms, and more.

The colors in Nory's Escape are bright and vibrant, so it definitely looks eye catching with the contrast. Animations are buttery smooth on my iPhone 8 Plus with no lag or choppiness in frame rate. Plus, the particle effects when you draw your paths are well done. There's a quirky and eerie soundtrack that's perfectly fitting considering the theme, and the sound effects are nicely done.

Even though Nory's Escape is an auto-runner game, it's not infinite as you'd normally expect. Instead, the game is split up into levels, and there are 18 levels to get through. While this does not seem like a lot, the game is fairly difficult, and new game elements get added gradually as you go, so multiple attempts are required on some stages. Don't be fooled — this auto-runner requires fast thinking and reflexes to survive.

So what is Nory's Escape, exactly? Players take the role of Nory, who is our spectacularly average hero — after all, he's just a kid! But a scary witch is chasing after him, and you must help him escape her evil wrath! In order to do this, you'll have to draw magical paths that Nory can run on in his attempt to outrun the witch.

Controls in Nory's Escape are simple and intuitive. To draw a path for Nory, just swipe your finger on the screen where you want the path to be (this is a great use for Apple Pencil). Since Nory automatically runs forward on his own, you don't have to worry about that, just where he's going to end up. The game is clearly designed for touch screens, and it works well. However, each line you draw will only last for a brief amount of time, and once you draw another path, the previous one disappears. Timing is key with the paths, as you'll want to make sure Nory has a seamless path to escape the witch.

Along the way, there are shiny green gems to collect. You'll want to try collecting all of them on each stage if you want to get the three stars. If you don't get them all, you'll only earn a fraction of the maximum stars. So acquiring all stars is a must if you're the perfectionist type. There's also three bonus stages that can be unlocked, given you have good enough skill level to gain access to them.

While the game starts out easy enough, the witch gets trickier as you end up in later levels. In the beginning she will only be chasing after you, but eventually she'll start attacking, such as throwing magical spell balls at you and other tricks. This means you'll need to get Nory away safely while also making sure that he doesn't just run into a projectile launched by the witch.

Nory's Escape is a delightfully charming auto-runner that is perfect for any time of the year. 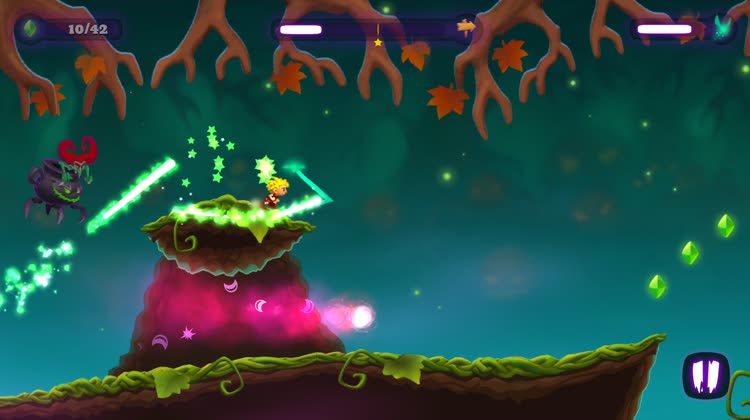 Nory's Escape is a nice gem that's fit for the season. I am in love with the cute Halloween-themed hand-drawn art and the music is delightful. The unique gameplay mechanic keeps the auto-runner genre fresh and interesting. And while it seems easy at first, the game proves to be rather difficult and challenging, with even more content to unlock if you're good enough. 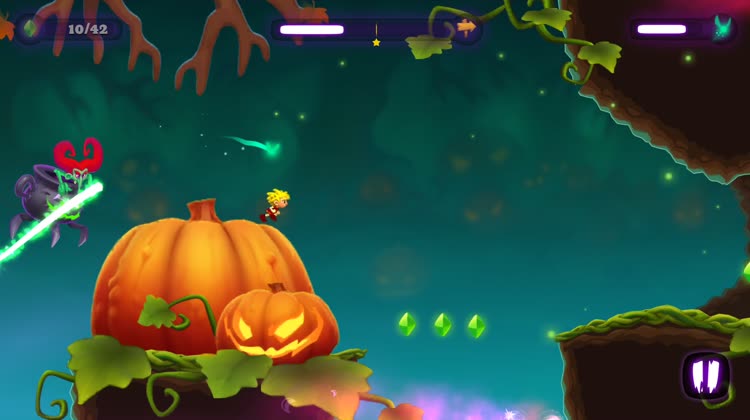 Nory's Escape is an endearing little game that is sure to delight players of all ages. The developer did a fantastic job with the hand-crafted visuals and amazing quirky music. While I'm mostly over the auto-runner genre, I think Nory's Escape does things differently enough to make the genre captivating, and the levels are fairly intense and challenging. I've only made it to level four so far, and I keep dying in the same spot, so it does require a bit of patience and practice to master. And while it has a bit of the Halloween stuff going on, Nory's Escape can be thoroughly enjoyed any time of the year.

I recommend Nory's Escape if you're looking for an exciting and stimulating auto-runner that tests your skills. You can find Nory's Escape on the App Store for just $0.99. There are no in-app purchases. 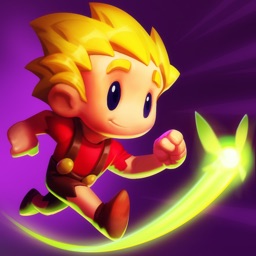