You are using an outdated browser. Please upgrade your browser to improve your experience.
Apple Announces
by Joe Wright
September 7, 2016

Apple's iPhone 7 event might be over, but we've only just started digesting all the news shared during the event: we saw a new Apple Watch, a new iPhone, new software functionality, and new accessories. In fact, it's the best Apple event we've seen yet, offering an amazing array of products – including a new iPhone that's drop dead gorgeous.

The first big piece of news that came from Apple concerned its next-generation smartwatch, the Apple Watch Series 2. This, as we expected, comes with built-in GPS, and there's a faster processor. But Apple smartly also added water resistance up to 50 meters, a brighter display, and even a new colour option: ceramic white. It's definitely an “s” upgrade, featuring a similar design to the first-generation model, but the Apple Watch Series 2 is nevertheless the upgrade we've been waiting for: it's faster, smarter, and works great in the swimming pool.

iPhone 7 is the best iPhone we've ever made.

But the iPhone 7 is where I think Apple really excelled today. There'd been a lot of bad press surrounding this device, with some reports claiming that the new iPhone would be faster on the inside, but much like the iPhone 6s and 6s Plus in terms of design. This, with the iPhone 7, isn't the case: the new device harkens back to the days of the original iPhones, featuring a wonderful Jet Black design (which I love). But this casing is also water-resistant and dust-resistant, allowing your iPhone to remain safe when exposed to the elements.

There's also an amazing pressure-sensitive Home button, and this borrows from the kind of technology we've already seen launch as part of the MacBook's Force Touch trackpad and the iPhone's 3D Touch display.

The overall effect is pretty stunning.

The camera is the big change coming to Apple's iPhone line, with a dual-camera setup launching as part of the Plus-sized handset's offerings, and Apple really delivered here. The company demonstrated how its regular lens in combination with a telephoto lens allows for amazing zoom; this, in turn, is boosted through smart software zoom. A new Portrait mode, launching for the iPhone 7 Plus through a software update later this year, is another feature made possible by the dual-camera rig: the overall effect here, based on the images shown to the event's audience, is pretty stunning.

I think this has the potential to drive a lot of folks towards the larger 5.5-inch iPhone, although imagine stabilization (which reduces the impact of shaky shots) has reached the 4.7-inch iPhone 7, too. Nevertheless, I'll be placing an order for the 5.5-inch Plus model when the time comes.

About the headphone jack

That being said, I'm not going to be mourning the loss of the audio jack.

What we didn't see

It's fair to say that there's a lot we didn't see today. New Macs (including the fabled new MacBook Pro), new iPads, and a new Apple TV were all missing from today's event. All of this means that we're expecting a follow-up event to take place in the coming months, perhaps as soon as October. The MacBook Pro, in particular, is long outdated, and really is due a substantial refresh.

Overall, I think today's event was a really successful one. The iPhone 7 has turned out to be a beautiful and fully-featured product, with enough changes to make it feel like a major iteration while at the same time holding onto everything we love about our iPhone 6s handsets. The iPhone Upgrade Program, which has expanded to the United Kingdom and China, offers customers an easier way to get hold of Apple's new iPhone each and every year. This last piece of news was the icing on the cake for me, as I've been holding out for the launch of the program here in Britain for some time. 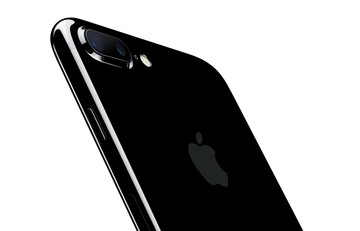