You are using an outdated browser. Please upgrade your browser to improve your experience.
by AppAdvice Staff
October 3, 2019

For the last couple of years, battle royale has been by far the most dominant genre in online gaming and eSports, and PUBG is where it all started.

Originally a PC title, the game crossed over to mobile in the form of PUBG MOBILE last year, courtesy of PUBG Corporation and Tencent. And now those companies are pleased to reveal a couple of major milestones.

In short, the game has now been downloaded 400 million times, and it has 50 million daily active users. Blimey!

For the uninitiated, PUBG is an acronym of PlayerUnknown Battlegrounds. PlayerUnknown, meanwhile, is the online handle of Brendan Greene, who originally created the game as an ARMA 2 mod inspired by the movie Battle Royale.

Like that movie, the game sees players battling it out on an island, aiming to be the last person standing. The island in question is 8x8km, and up to 100 players can parachute onto it. They’re steadily pushed closer together as the playable area shrinks.

Given that the original PUBG was a PC game, you could be forgiven for assuming that PUBG Corporation struggled to replicate the experience on mobile. And they probably did.

But by golly they pulled it off.

The massive islands are in there, with every hill, rock, tree, building, and topographical feature fully in tact, meaning all of your combat tactics from the PC version are intact as well.

Even the really hardcore, nerdy stuff is present and correct, including bullet flight time, bullet trajectory straining, and sideways shooting. Plus, there are new features designed specifically for touchscreens, such as 4D touch and gyroscope controls for finessing your aim.

The efforts of PUBG Corporation and Tencent have resoundingly paid off, with PUBG MOBILE winning critical accolades from all the major outlets and a host of awards. These include awards in several categories from Google Play, and a coveted Golden Joystick Mobile Game of the Year Award.

Getting connected to the game’s servers is always simple as well, and with Call of Duty Mobile’s recent launch issues that’s something that should be applauded.

Download PUBG MOBILE on the App Store and Google Play right now to see what all the fuss is about. 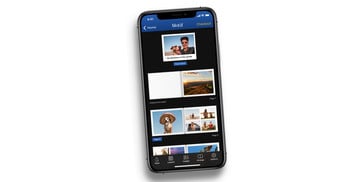