You are using an outdated browser. Please upgrade your browser to improve your experience.
by AppAdvice Staff
January 9, 2020

It’s not often that we catch sight of a completely original mobile game, but Rocky Rampage: Wreck ‘em Up fits the bill.

Developed by Joyseed Gametribe, this highly addictive casual roll ‘em up may look familiar from the screenshots, but it isn’t quite like anything we’ve played before.

You play as Mr Boulder, the king of fashion in Rock Kingdom. One day Mr Boulder wakes up to discover that his “wonderpants” have been stolen by the Empire of Scissor. Thus, your adventure begins.

After teaming up with your sidekick Pebble, you have to chase down Her Sharpness Empress Clipper, crushing countless soldiers and storming a succession of castles along the way.

Only one thing can stand in your path: gravity. Being a boulder, your range of movement is limited. You can jump, as long as you have enough pent up energy, but that’s about it.

Each turn begins with you timing your launch, tapping the screen at just the right moment to propel Mr Boulder forward at maximum speed. And once Mr Boulder stops rolling, as inevitably he must, your turn is over.

Fortunately, each attempt sees you earning coins to spend on upgrades to your speed, strength, and so on, meaning that you can get that little bit farther every time.

As you progress through the campaign you’ll level up, unlocking new boosters, and you’ll encounter new enemies and obstacles too, including bosses that hide in castles like cowards.

But they can’t hide forever. Keep applying those upgrades and you’ll eventually smash your way in and whittle their health down to zero.

Rocky Rampage is the perfect casual game, with cartoony graphics, intuitive controls, fun characters, and an addictive gameplay loop that strikes just the right balance of skill and chance.

You can pre-register for the game now on the App Store and Google Play. It will arrive later this year. 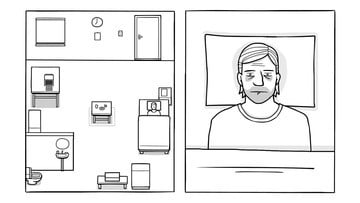 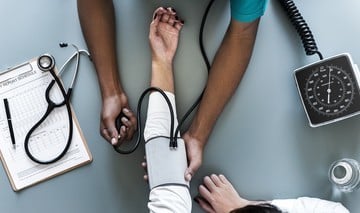 Helpful Healthcare Apps for All Your Medical Needs