You are using an outdated browser. Please upgrade your browser to improve your experience.
All Things Mac
by Bryan M. Wolfe
January 25, 2017

The new Setapp app rental service is now available to Mac users. Has the time come to consider renting apps? 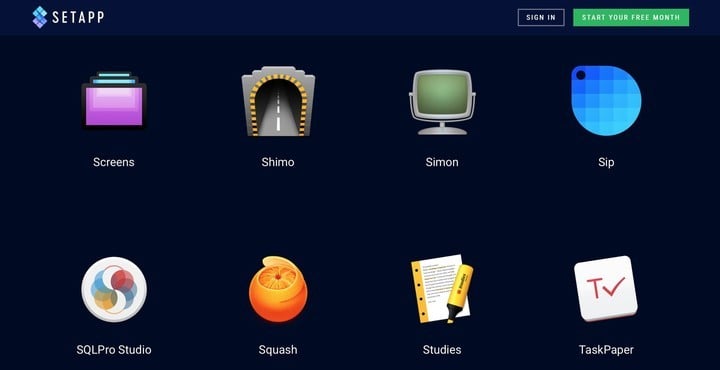 With services like Apple Music and Spotify, you get to listen to unlimited music for as little as $7.99 per month. The same goes for services like Netflix and Hulu, which promise unlimited video streaming access for one, low monthly price.

For $9.99 per month, Setapp subscribers can enjoy more than 60 Mac apps. Access to these apps is unlimited and includes all updates and in-app purchases.

Among the titles available through the service on day one are RapidWeaver, Ulysses, CleanMyMac, iMazing, Shimo, WiFi Explorer, MoneyWiz, Polarr, Disk Drill, iStat Menus, XMind, and others.

Created by app developer MacPaw, Setapp arrives after more than a year of beta testing. According to Oleksandr Kosovan, founder and CEO of MacPaw and its Setapp division:

Setapp is the ultimate ‘unstore’ option that gives you unlimited access to lots of great software without the anxiety of non-refundable, expensive purchases. 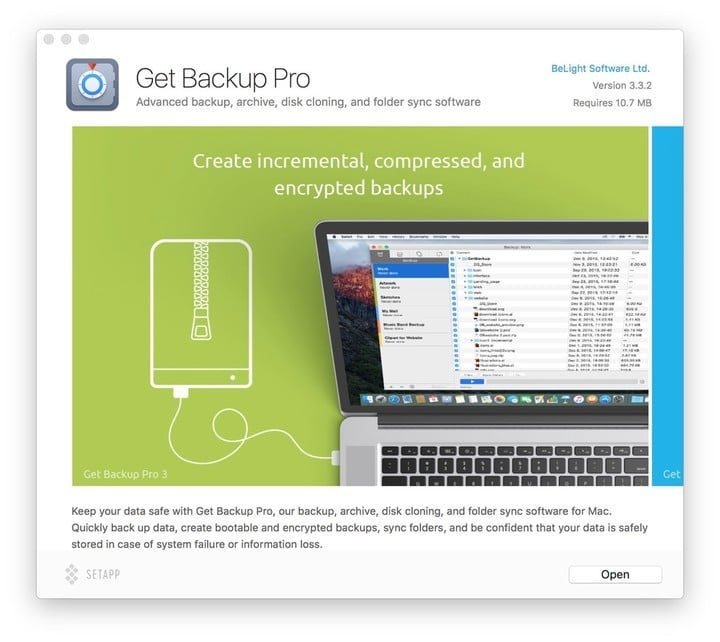 To get started with the Setapp app rental service, subscribers download a small app which creates a folder that’s available via the Finder on your Mac. From here, you’ll see all of the apps available, including descriptions and screenshots. To install, simply click on the app icon.

Naturally, an internet connection is necessary to download and update each app. Once installed, each is available for offline use.

Setapp makes it possible to find the right apps quickly and easily, and you can try out as many apps as you like because they’re all included in the flat monthly subscription fee. Each app included in the Setapp service is specially selected based on usability, quality and a great user experience. 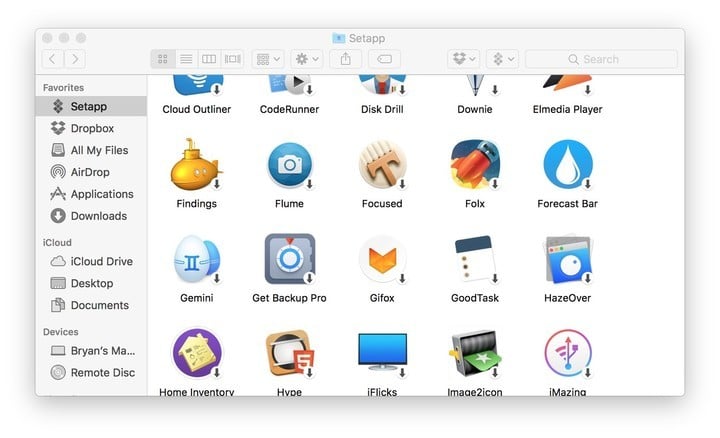 App subscriptions isn’t a new concept, as users of Microsoft Office and Adobe products already know. However, the Setapp app rental service is the first to offer a range of apps from different companies.

After beta testing Setapp for several weeks, I’ve been able to come up with some initial conclusions and observations.

First, MacPaw receives high marks for creating a system that just works. The Setapp folder looks just like every other folder on a Mac, which quickly eliminates any learning curve. Second, Setapp’s app descriptions are clear and concise, which means not having to download the apps just to see what they do.

I’m also impressed by the variety of apps available on the first day. Plus, many of these apps are expensive, which makes Setapp’s price of admission sound reasonable. For example, the Apple Design Winner for 2016, Ulysses is priced at $44.99 on the App Store, while Focused is $29.99.

Moving forward, I do have some concerns, however.

At $9.99 per month, Setapp is $119.88 per year, which could be viewed as expensive, depending on the number of apps used. Based on your circumstances, it might be more economical to buy the apps you need.

I’d also like to know what the future holds.

In 12 months, does Setapp include the same 60 apps or will we see a lot more added? What keeps a developer from removing an app from the service? How will Apple respond to Setapp’s arrival and will they put pressure on developers not to join?

One final question: What does something like Setapp mean for the App Store?

Setapp makes it easy for new users to try the service. New customers can use the service free for 30 days without submitting a credit card. You have nothing to lose.

You can signup for Setapp via the website. You can see the full list of supported apps by clicking here.

Is Setapp the future of app sales? Let us know your thoughts in the comments below. 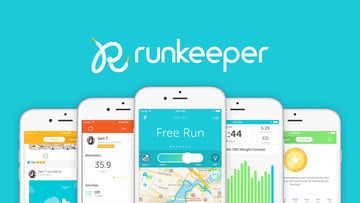 Name Runs and Categorize Activities with the Updated Runkeeper 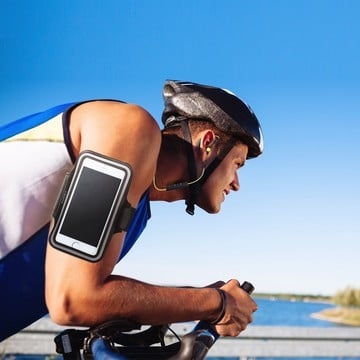