You are using an outdated browser. Please upgrade your browser to improve your experience.
by AppAdvice Staff
November 21, 2019

Does SNL stand for Saturday Night Live? If your answer is yes, you’re amply qualified to take part in Skilli World’s daily quiz. You might even win some cash.

Better still, you can do some good. In honor of Alex Trebek, a legend of the trivia world who hosted Jeopardy!, Skilli World developer Under the Tree has pledged to donate up to $100k to the National Pancreatic Cancer Foundation.

Trebek was diagnosed with stage 4 pancreatic cancer in March 2019, and his retirement coincides with Pancreatic Cancer Awareness Month.

To raise money for this important cause, all you need to do is register a new profile on the Skilli World app using the promo code 4ALEX and make a deposit. Developer Under The Tree will donate $5 to the National Pancreatic Cancer Foundation for every new player, up to a maximum of $100,000.

And if the joy of giving isn’t incentive enough, you’ll also be automatically entered into a $1000 prize draw, with the winner to be announced on Skilli World’s Instagram account @SkiliWorld on December 15th, when the Skill Cares campaign ends.

For the uninitiated, Skilli World is a trivia app that lets you win real money by answering true-or-false questions in Daily Mastermind Tournaments that run every day at 9.30pm EST.

Prize pools start at $500, which might not sound like much until you learn that Skilli World imposes player limits on its tournaments. As a result, Skilli World has the best player-to-prize ratio of any trivia app on the market.

Tournaments are made up of 15 questions. If you get one wrong you’re out, though you can use an extra life called a SkillUP if you have one.

It costs $5 to enter a Daily Mastermind Tournament, though you can play your first one for free with the Golden Ticket you receive after registering. And if you download the app now you might even win $1000.

To put yourself in the running for big prizes while supporting the National Pancreatic Cancer Foundation, download Skilli World on iOS or Android right now. 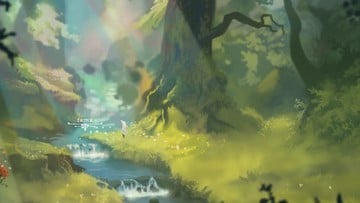 The Wanderer: Frankenstein's Creature Takes a Different Look at the Iconic Monster