You are using an outdated browser. Please upgrade your browser to improve your experience.
by AppAdvice Staff
March 19, 2021

On the face of it, a guide to Smash Legends boils down to one simple instruction: kick ass. This gorgeous, fairytale-inspired brawler from LINE Games is as simple and accessible as they come, welcoming players of all tastes and abilities into its cartoonishly violent world.

But there are a few tricks you need to master, and a few things you need to know about how the game expands as you charge from battle to battle.

At first, Smash Legends restricts you to one Legend and one Arena mode: Peter, and Dominion. So let’s start with them.

The aim in Dominion is to occupy a central area in the arena along with your two teammates, and to keep your opponents out of it. You do this by attacking them.

Movement is handled via a floating stick on the left of the screen, while on the right you’ve got a basic attack button, a skill button, and an ultimate skill button arrayed on the right. The two skills recharge on a timer after each use.

There’s also a jump button on the right, which you’ll need in order to navigate the arena in certain places, and to hop back into the arena when you blunder out of it (as opposed to being ringed-out by an opponent, which happens when your HP is gone). Jumping is a brilliant evasive maneuver in battle.

The arenas, meanwhile, feature jump pads and various health and item pick-ups, so keep an eye out for those.

While each arena mode comes with its own rules and victory conditions, they all conform to the same basic gameplay model: run around hitting people, and try not to get ringed-out, for exactly three minutes.

As you win battles you’ll advance through the Medal Road and unlock more Legends and Arenas. Eventually you’ll have the run of the place.

Like any free-to-play PvP game, Smash Arena contains its own little economy of currencies and upgrades. It’s more streamlined than most, though. Here’s how it all works.

Smash Legends begins by setting you off down a linear path of unlocking and upgrading called Medal Road. It gives you Legends, Arena Unlocks, Coins, and Reward Boxes as you hit certain medal-based milestones.

A separate Legend Road, meanwhile, gives you Puzzle Pieces, Skins, Coins, and more for completing Legend-specific missions. Each Legend has its own Legend Road.

Every time you win a battle in Smash Arena you earn Keys, along with Medals. You also get bundles of keys at certain points along the Medal Road. You spend these Keys on opening Reward Boxes.

Reward Boxes are gacha boxes containing new Legends, Puzzle Pieces, and Coins. You use Puzzle Pieces and Coins to upgrade your Legends.

And that’s pretty much it.

There are currently eight Legends in Smash Arena, and you’ll unlock them in sequence as you win battles. Here’s a brief overview:

Red (Assassin) is a fast-moving Legend who deals extensive damage, making her perfect for hit-and-run-style attacks. Red is ideal for Team Deathmatch and Duel.

Master Cat (Fighter) is a melee Legend with an array of airborne and ground-based attacks. Ideal for Team Deathmatch and Duel.

Alice (Supporter) is ideal for Dominion, dropping landmines that explode when opponents come in range, and wielding an Ultimate skill that temporarily immobilises its victims.

Cindy (Vanguard) specialises in making her opponents airborne. In a bad way. She’s ideal for targeting a troublesome Marksman or Supporter and taking them down with her many deadly combos.

Hook (Marksman) is a range fighter, sniping at opponents from a distance. Interestingly, she experiences recoil when she fires her weapon, lurching backwards. This can be incorporated into her moveset if you’ve got the skills. Her Ultimate is pretty devastating, too.

Kaiser (Vanguard) is a tank Legend with high HP and a powerful Ultimate, making him ideal for Dominion.

Ravi (Fighter) is a mid-range fighter who specialises in holding opponents in one place. His skill pulls opponents towards him, like Scorpion’s hook, while his Ultimate allows him to damage multiple opponents at once.

What, you are asking yourself, are those words in brackets? Those are classes, and here’s an overview.

Vanguard has high HP and a strong rush force. These Legends have wide range attacks and strong knockback force, making them ideal for Dominion – though bear in mind that Vanguard Legends have poor reach and aren’t great at responding to urgent crises.

Fighter class has strong offense power and well-balanced HP, speed, and other stats. That makes them suitable for most scenarios, as long as you know how to use them. On the flipside, it means they don’t excel at any one thing.

Marksman class is the only class that can hit a target from range, enabling them to potentially dominate a battle in a large arena. In smaller arenas, though, a Marksman can end up in hot water.

Supporter Legends play a supporting role by stunning and slowing enemies so that their teammates can mop up. They’re team players, but not much good alone, with low HP and attacking power.

Assassins are fast-moving and powerful, with very strong Ultimate skills. They have low HP, though, making them vulnerable to being ringed-out. Only play as an Assassin if you’ve got mad skills.

Smash Legends is currently available in Europe and Canada via soft launch on the App Store and Google Play – as well as Steam Early Access. Other regions can pre-register via the game’s official site here, and via Google Play. 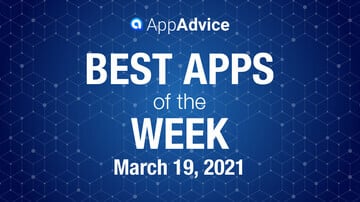 Best Apps of the Week March 19 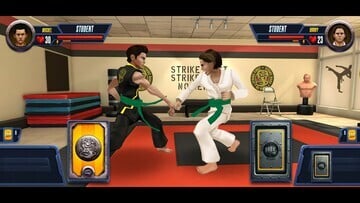 Jump Into the World of the TV Series in Cobra Kai: Card Fighter