You are using an outdated browser. Please upgrade your browser to improve your experience.
by Brent Dirks
November 22, 2018

Remember Soul Seeker? The 2015 RPG was a huge hit thanks to some slick visuals and easy to grasp gameplay. And now it has a sequel in the form of Soul Seeker: Six Knights, which has just been launched globally on iOS. 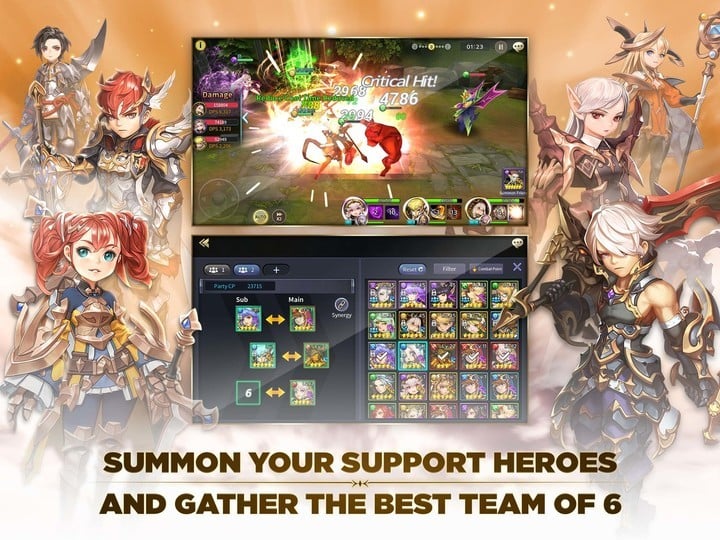 It looks to improve on its predecessor in every way too, with the most significant adjustment coming via the battle system. It employs an easy to grasp touch and drag control scheme where you can place your heroes and target their attacks with precision.

There are 150 of these heroes to pick from, and you must select them carefully to create a band of six. All the characters from the original come back too, fans of the original will be glad to hear. But it’s not all, a new hero is arriving on Soul Seeker: Six Knights. Irene is a high-tier close range fighter hero whose attack speed increases as she uses her skills. Her opponents do not stand a chance.

You have to select three mains and three supports among your available heroes and must make sure you have the right balance to rule supreme in the many battles you’ll encounter.

Each hero has an elemental attribute including Air, Light, Darkness, Water, and Fire too – and it’s possible to give your squad’s powers a boost by linking them together.

There’s a fairly complex and involving campaign mode to get your teeth into as well. You play as the sixth order of Knights who have to compete with the five other orders to grab some Soul Stones to restore peace in the war-torn land of Hermes.

Then there are PvE and PvP modes – making Soul Seeker: Six Knights a pretty impressive package. It’s available now on the App Store (as well as on Google Play).