You are using an outdated browser. Please upgrade your browser to improve your experience.
iCarriers
by Bryan M. Wolfe
May 12, 2017

The environment could be right for a Sprint-T-Mobile merger in the United States. The move, which was first attempted in 2014, would still need to get past U.S. regulators, according to Bloomberg.

This week, both Deutsche Telekom Chief Executive Officer Tim Hoettges and SoftBank Chairman Masayoshi Son told their investors they’d be open to discussions about consolidation. The would-be merger would combine the No. 3 and No. 4 carriers in the U.S.

Three years ago, Sprint agreed to purchase T-Mobile US for $32 billion. The planned acquisition was eventually dropped because of regulatory concerns.  Since then, T-Mobile US has seen its market valuation climb considerably to $55 billion. At the same time, Sprint has struggled with a valuation of around $32 billion.

Why now? For the past year, merger talks in the wireless industry were put on hold due to a government spectrum auction. That hold ended on April 27.

According to Bloomberg, “it’s unclear if T-Mobile has the desire to be the acquirer in any deal since Sprint has struggled to retain customers even after offering the industry’s cheapest unlimited data plans.”

If a Sprint-T-Mobile merger doesn’t work out, SoftBank could look elsewhere. Among the other companies being discussed are cable companies, such as Comcast Corp., Charter Communications Inc., and Altice NV.

This isn’t the first time T-Mobile US was in merger talks with another U.S. carrier. Back in 2011, AT&T agreed to pay Deutsche Telekom $39 billion for T-Mobile US. The U.S. Department of Justice ultimately blocked the deal on the grounds that it would “substantially lessen competition” in the wireless industry.

Verizon is currently to No. 1 carrier in the U.S. followed by AT&T, T-Mobile, and Sprint.

Would you like to see a merger between Sprint and T-Mobile? Let us know in the comments below. 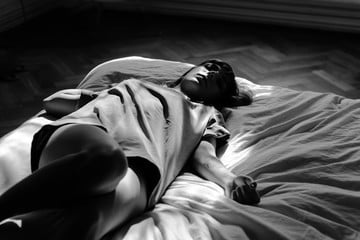 Your Apple Watch Will Soon Become Your Favorite Sleep Tracker