You are using an outdated browser. Please upgrade your browser to improve your experience.
by Aldrin Calimlim
August 6, 2014
Sprint is discontinuing its plans to acquire T-Mobile. According to The Wall Street Journal, the third largest U.S. mobile carrier is abandoning its pursuit of the fourth largest U.S. mobile carrier on account of the difficulties it would face in seeking regulatory approval for the acquisition:

Sprint Corp. is ending its pursuit of T-Mobile US Inc., according to people familiar with the matter. The company and its parent, SoftBank Corp., decided it would be too difficult to win approval from regulators, the people said.

Prospects of a merger between Sprint and T-Mobile first came to light in December 2013, when The Wall Street Journal reported that the former was studying regulatory concerns and planning on making a bid for the latter in the first half of 2014. Last June, it was reported that Sprint had agreed to buy T-Mobile for $32 billion. But regulatory opposition from the U.S Justice Department and the Federal Communications Commission continued to cast a scrutinizing shadow over the prospective purchase, suggesting that a consolidation among the four major wireless carriers in the U.S. would be detrimental to consumers. It's like "déjà vu all over again" for the so-called "Uncarrier." Back in December 2011, AT&T ended its bid to acquire T-Mobile, which began the previous March and would have been worth $39 billion. 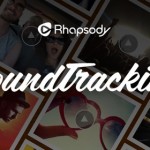 Beats celebrates its official entry into the Apple family with new ad featuring Siri
Nothing found :(
Try something else