You are using an outdated browser. Please upgrade your browser to improve your experience.
by AppAdvice Staff
September 29, 2020

If you’re anything like us, you’ve been twiddling your thumbs waiting to hear when Illusion Connect is finally going to come out worldwide. Well, twiddle no more, because Super Prism Games has revealed that the game will launch on October 22. That’s less than a month. 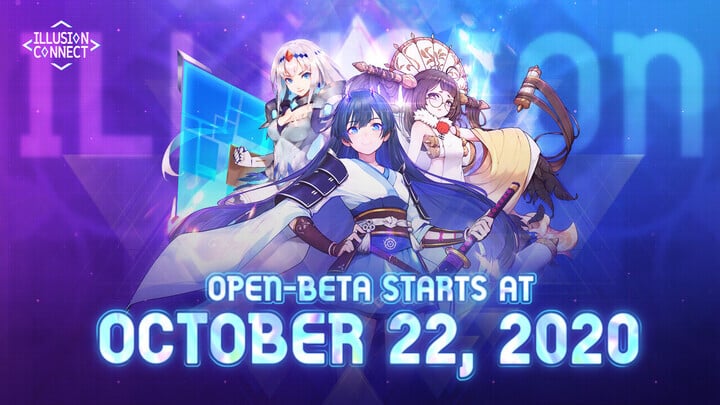 Not heard of Illusion Connect? It’s a gorgeous, tactical, Shojo RPG. You collect amazing anime-style heroes and heroines and take them into the Dream World to defeat the Nightmares that have polluted the realm. There’s a brilliant story and some deep and entertaining tactical scrapping too.

We’ve not just found out when the game is coming out, though, we’ve also found out who’s doing the theme song. That’ll be Konomi Suzuki, the world-renowned anison singer and songwriter who’s performed from the US to Europe and released four albums and 18 singles.

The song she sings for Illusion Connect is called Never Stop, Never End, and it deals with a lot of the same themes as the game. It’s all about never giving up, following your heart and doing the right thing. Suzuki’s work has appeared in a bunch of other games and anime series since she won the Animax All-Japan Anisong Grand Prix in 2011.

In other Illusion Connect news, it just hit a pretty impressive landmark. More than 100,000 people have pre-registered for the game, unlocking a new tier of in-game goodies when the game launches. The next milestone is 300,000 pre-registrations, which will give players even more rewards come next month.

To get in on the pre-registering bonanza, you can click here to visit the official Illusion Connect website. Or, if you’d prefer, check out the game’s App Store or Google Play Store page and pre-register there.