You are using an outdated browser. Please upgrade your browser to improve your experience.
by Christine Chan
December 21, 2017

In 2007, a little puzzle platformer game came out called Portal. It came bundled with The Orange Box, but became a standalone game later on. Four years later, Portal 2 came out. I had the original Portal game before the sequel and played through some of it, but it was Portal 2 that really got me into the series. I beat Portal 2 and even did some of the multiplayer missions before I was officially done with it, but it's always been on of my favorite games ever made. I've been hoping for a third Portal for years, but as of now, Bridge Constructor Portal is the only thing we have. So I'll go with it, despite not having played a Bridge Constructor game before. 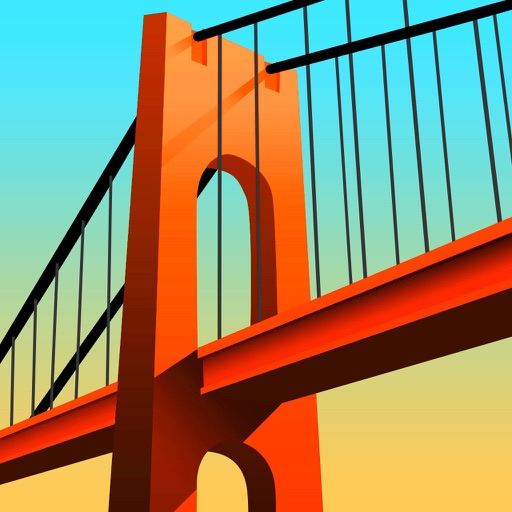 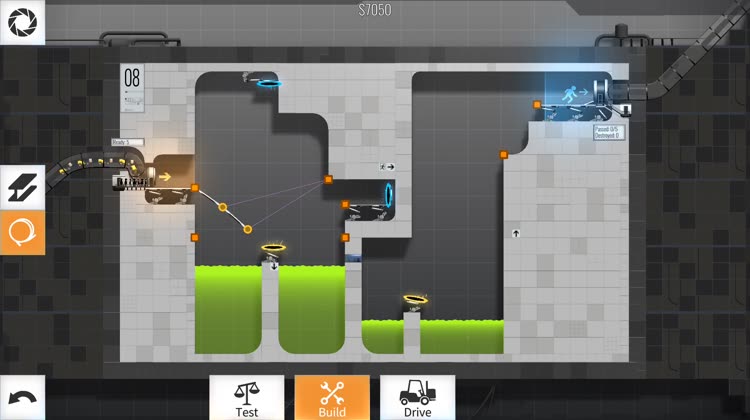 Visually, Bridge Constructor Portal looks beautiful, as it is full of familiar scenes from Aperture Science's test labs. The game is rendered in 3D, though the "new employees" are flat, generic figures. If you've played Portal games from before, then the bright white test rooms are sure to feel like home, and the soothing, ambient glow of the portals make you feel relaxed. Bridge Constructor Portal also has some of your favorite things from previous games, such as turrets and even GLaDOS herself (complete with Ellen McLain, the original voice actress), which is a good reason alone to buy the game. Animations are smooth and fluid with no lag on my iPhone 8 Plus. The atmospheric soundtrack is quirky like the previous Portal titles, and sound effects are delightful. While this is a spinoff game, it certainly brings together everything I love about Portal.

In Bridge Constructor Portal, since it's a physics-based puzzle platformer, it still uses a level system. The game has a total of 60 levels that are split up among six chapters. Players must go through each stage in linear order, so to progress, you'll have to be a good Aperture Science Labs employee and successfully complete each test. The goal? Build safe paths to get the Bendies across hazards, traps, and other obstacles in order to get to their vehicles and continue their work. It starts out pretty easy, but things start to pick up gradually. Let's just say...some thinking will be involved when you get to later stages.

Controls in Bridge Constructor Portal are pretty easy and intuitive. On each stage, you must build roads and ramps for vehicles to drive on to get to their destination. You have metal scaffolds and suspension ropes, which you can use to your heart's content by switching between the two on the left side of the screen.

For scaffolds, just build them from an orange anchor point. Then connect the other scaffolds together until it reaches where you need it to go. These scaffolds can be converted to roadways with just a tap and vice versa. Suspension rope can be connected from a scaffold anchor to anchor points above, and they are necessary to hold the scaffolds up so that they don't face gravity's wrath.

But what happens when there are no anchor points for suspension rope? When that happens, you'll have to use the metal scaffolding for suspension, in a triangle-formation. Just don't convert them into roads, and you're all good! If you make a mistake, just double tap on the item you want to get rid of.

The premise seems simple, but things get more intricate and complex later on, especially when famous Portal gadgets get added into the mix. For example, you'll have to have one driver hit a switch for others, and then there are the portals themselves, propulsion gel, aerial faith plates, cubes, sentry turrets, acid pools, laser beams, and much more. They all add a unique mechanic to the level and you'll have to work with or around them to succeed.

The classic bridge construction simulator is combined with a Portal theme. 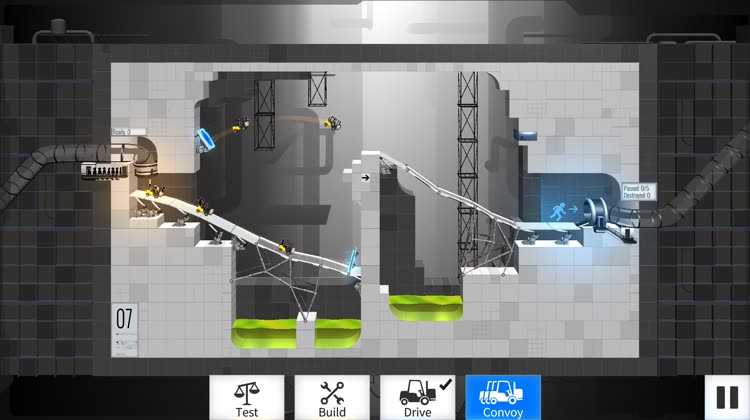 Bridge Constructor Portal is a nice spin off of the Portal games, because it seems that Valve can't ever have a trilogy. For what it's worth, Bridge Constructor Portal is satisfying in its own right. The graphics are top notch, the music and sound effects are just as delightful as the original games, and Ellen McLain back as GLaDOS is fantastic. Controls are fairly simple for the touch screen, and the puzzles themselves are quite challenging.

As someone who's never played Bridge Constructor before, I'm actually enjoying this interesting combination, and I think it works well. 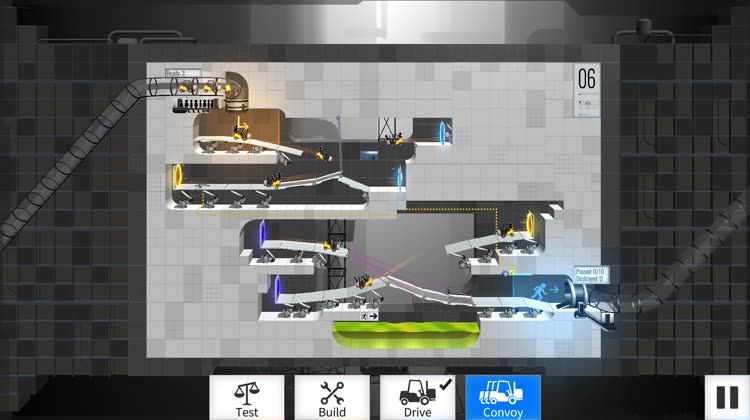 Again, while Bridge Constructor Portal is a good game to get your Portal fix, this is not an actual Portal game, which is disappointing. And while the controls work out well, I think that this game is best played on an iPad due to more screen estate. I found myself constantly trashing pieces or stretching out old pieces instead of what I actually wanted to do, which got annoying. However, I also think that time and practice can fix that issue too, so it's doable on an iPhone screen, as long as you have some patience.

As a Portal fan who will probably never see a "Portal 3," I think Bridge Constructor Portal will have to do. It's a fine mashup, really, but don't come in to this expecting a full on Portal game, because that's not what this is. It's a challenging puzzler that will test your problem-solving skills, with a Portal theme, essentially. As a newcomer to Bridge Constructor, this is fine by me. The game itself looks great, the music is delightful, and I'm just happy to hear GLaDOS' voice once again. 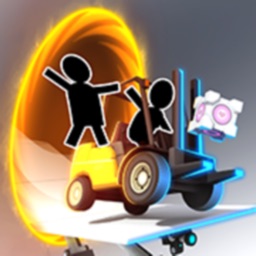 Bridge Constructor Portal
Headup GmbH
Nothing found :(
Try something else